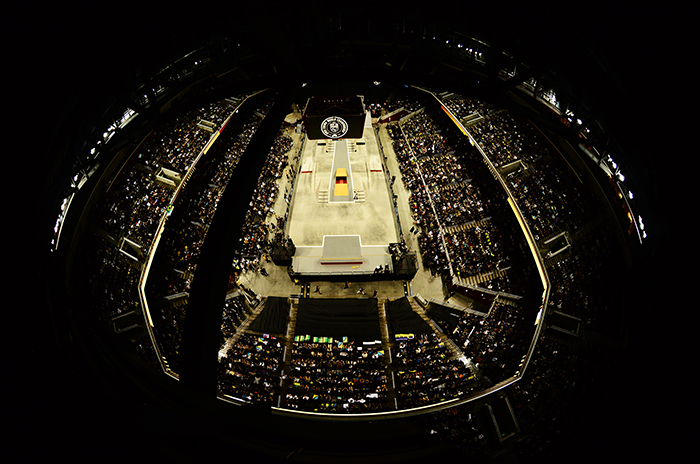 The unprecedented pact comes in the wake of skateboarding’s inclusion in the 2020 Tokyo Olympics, and positions the newly anointed tour and championships as the primary path to qualification for Street Skateboarding at the Tokyo 2020 Olympic Games. The alliance represents the dawning of a new era in sport, where the complimentary skills and experience of an international federation and the leading commercial enterprise in the associated sport are united to foster the global growth of the sport.

With its powerful influence on youth culture and low barriers to entry, skateboarding offers a truly democratic opportunity for increased participation from all sectors of society. Plans for 2019 and beyond not only expand the tour to five (5), two-day events with open qualifying and double the number of competitors, but also evolves the format for the World Championships to a massive open and inclusive competition, and multi-day celebration of the sport and culture.

Underscoring the overall growth initiative is a specific emphasis on increasing female participation and solidifying a long-term “path to pro” for girls and women from around the world. As such, beginning in 2019, all events will include women’s competition.

At the core of the organizations’ alignment is the shared financial commitment to foster the growth of skateboarding in every corner of the world. Toward that end, this year the organizations will create and manage a multi-year program to promote skateboarding as a vehicle for development, empowerment and education for youth in each of the World Tour/Championships Host Cities.

World Skate - President, Sabatino Aracu, said: “This alliance is indeed a huge step towards what World Skate has envisioned for Skateboarding: uniting the professional and grassroots components of this multi-faceted sport while supporting the growth of Skateboarding all around the world. I’m confident that World Skate and SLS will be working closely to make this happen and further spreading the joy of Skateboarding to youth worldwide.”

SLS - CEO, CJ Olivares, said: “Skateboarding is an enormously positive force in the lives of young people, and our new alliance with World Skate offers us a rare opportunity to expand its influence and participation by sharing with the world what makes skateboarding unique and compelling.”

World Skate - World Skateboarding Commission Chairman, Gary Ream, said: “World Skate’s partnership with SLS, the premiere professional street skateboarding league, firmly integrates them into the fabric of the Olympic movement. This integration protects the culture and history of Skateboarding while guaranteeing that the most talented skateboarders in the world will have the chance to represent their countries at the Tokyo 2020 Olympic Games. It’s a historic moment and we couldn’t be more excited for the future of Skateboarding on sport’s biggest stage.”

SLS - General Manager, Kaitlyn Banchero, said: “SLS was founded with the mission of elevating the best street skateboarders to pursue their passion on a global stage, push the progression of skateboarding in an exciting and accessible live format, and shine light on the creativity and innovation central to the culture’s DNA. We appreciate the IOC and World Skate’s recognition of skateboarding’s immense positive influence and are thrilled to partner with the federation to architect a pathway to the Olympics that authentically showcases and serves the skate community and inspires the next generation of skaters and fans.”