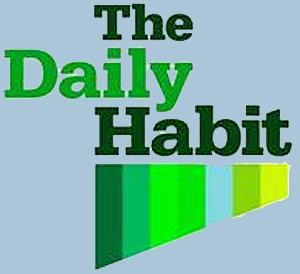 Today, owner of Billygoat Productions, director Bill Ballard tells us about his new epic, “Archy.” Also, we sent Punker Pat to the premiere to find out why everyone is so obsessed with Archy. Plus, The Weekly Update’s Brent Ringenbach went to the Vans Cup at Tahoe to come up with some new snowboarding vernacular.

Today’s show is unforgettable, because one of the world’s greatest surfers, Kelly Slater, is droppin’ in on The Habit. He’s here to talk about Bells, his potential 9-er, you name it… Plus, we sent Jordan Morris to the 2007 Surfer Poll Awards to try and prove that the best awards shows are the controversial ones. Kelly Slater’s sponsors include: Quiksilver, Channel Islands, Boost Mobile and Komunity Project.

This week on FUEL TV’s The Weekly Update with Boost Mobile:

This week, we have complete coverage of the Moto X World Championships in San Diego. Nate Adams wins the gold, Jeremy Stenberg takes the silver and the bronze goes to Jeremy Lusk.

In skate news, we cover the Phoenix AM. Ryan Decenzo takes the win, Chad Ortiz gets second and Vincent Alvarez comes in third. In other skate news, the Sun Diego Spring Break Yo’self saw Brandon Turner take first, Tommy Sandoval swooped in second, with Jereme Rogers in third. Bob Burnquist held a celebration at his compound in honor of Earth Day and we were there to cover the festivities.

In BMX news, Nora Cup winner Josh Harrington releases his latest video called “End Search” and we caught up with him at Oakley Headquarters for the premiere.

We’ve got a One-on-One with Sonny and Kobe Abberton and also check out their new feature-length documentary entitled “Bra Boys”.  Fuel TV also caught up with Bra Boys executive producer Sal Masekela at the Hollywood premiere.