My Local Lineup TV Airtime Quadrupled!
Demand has driven San Diego’s Only Surf TV Show to run a total of 9x a week, including several primetime spots and a weekend schedule

Starting this month, My Local Lineup TV now plays everyday from Sunday through Saturday, adding to a total of nine showings in a week. In response to the explosive success of the surf life programming, My Local Lineup TV now airs shows Mondays at 7pm, Fridays at 6:30pm, Saturdays at 8am, and Sundays at 5pm in all San Diego, plus Mondays through Fridays at 12am in all San Diego but North County. The shows are available on Cable TV, iTV channel 16, on both Timer Warner and Cox Cable.

The programming highlights Southern California’s competitive talents, industry force, and beach lifestyle. Every week there is an all surf, all new, and all locally-oriented episode, covering anything from shortboard and longboard to stand-up paddle and more. This all inclusive approach, presenting surfing from various angles, aims at presenting a portrayal that intimately and accurately resembles lineups and surf communities.

To capture the multifaceted nature of surf life, My Local Lineup TV has four different shows, each playing at least once a month. “Drawing the Line” presents the profile of a top athlete, who also makes a contribution to the surf community when out of the water. “Caught Inside” follows surfers from the beach life to the party scenes, navigating through different concerts, art shows, and film premieres. “Top Turns” is the competitive cousin of the bunch, where a surfer is selected and his performance highlighted at a particular contest. And “My Local Lineup 360” presents all else surf, so if not captured by one of the other shows, it’s most likely a feature on this all-around surf programming. 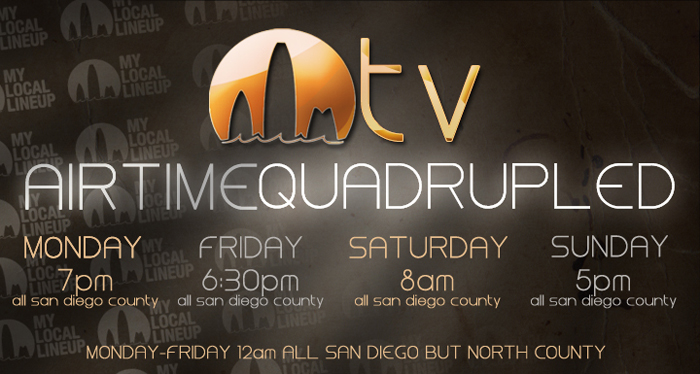