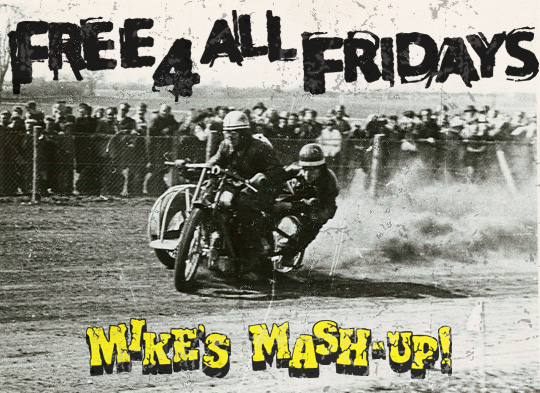 …You’ll shoot your eye out!” No matter how old I get, I always watch this movie on a day like today. Merry Christmas y’all and to y’all a good night!

We’ve traditionally kept all our services in house, meaning everything you see was thought of, made by, shipped by, invoiced and collected by us. Along the way, I’ve met a grip of talented people and firms that really do shit well. Case in point are my friends at Graphite Design. They are helping us do something pretty special and I decided to stop by and say what’s up.

Andy, are you ok? Oh, you’re just on the phone making some big deals. 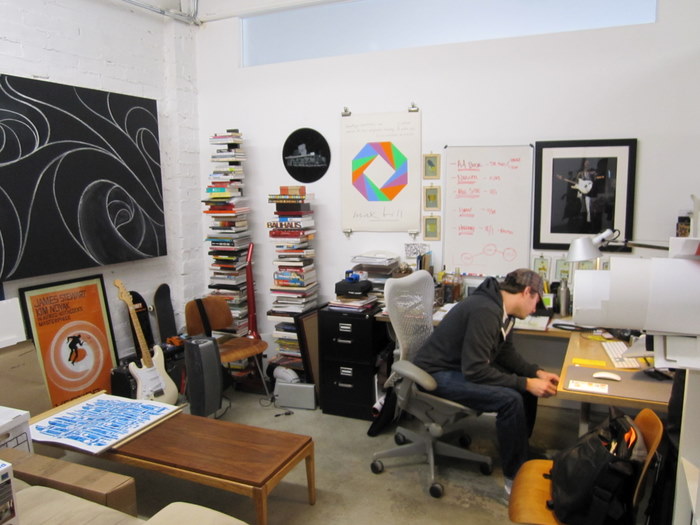 How about you Sam? Oh, you’re on the phone too (as well as my camera is out of focus) 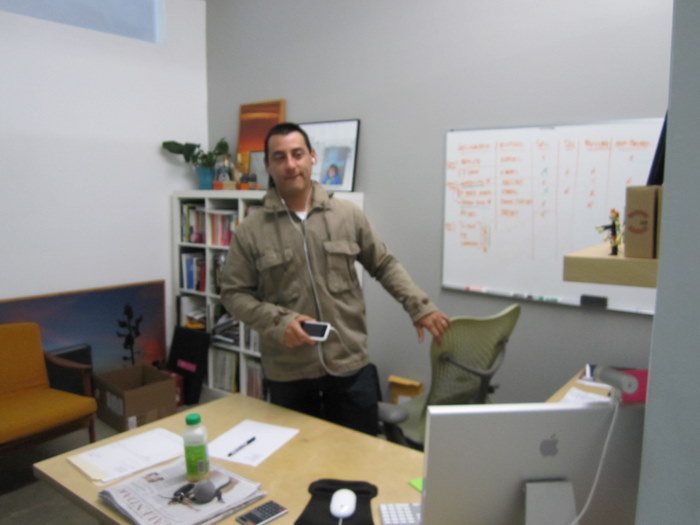 I’ll just help myself to some Incase products you guys worked on, thanks! 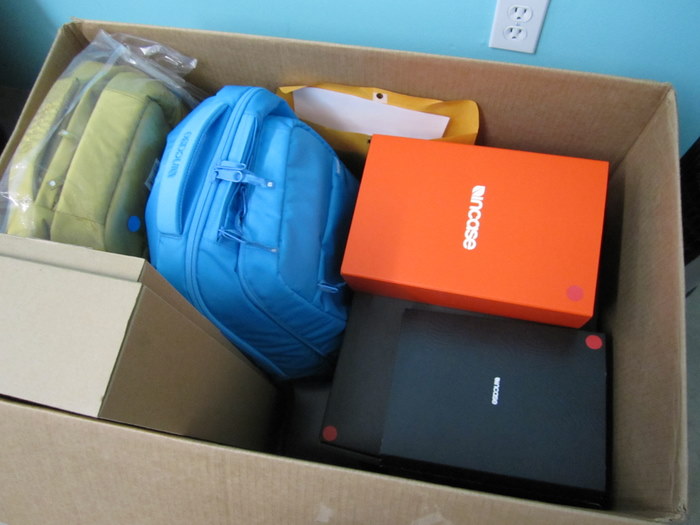 While I’m at it, I’ll take one of these Where The Wild things Are Girl decks. 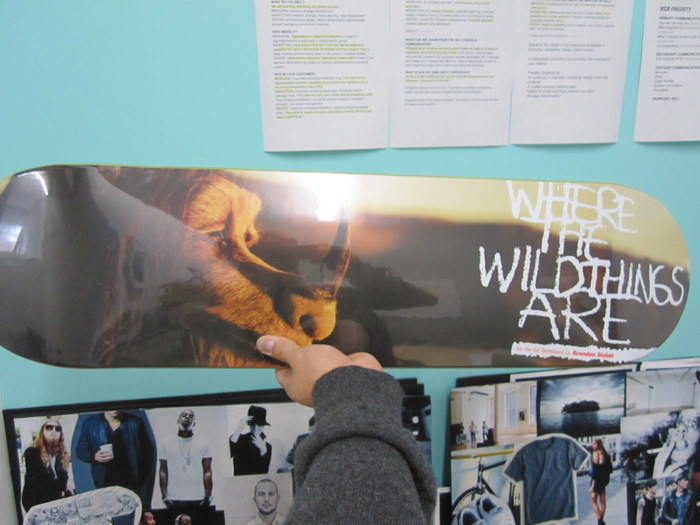 I don’t think Sam likes it when I snoop around, take pictures of the fam and mash it out to the world. Don’t worry, no one's gonna see this. 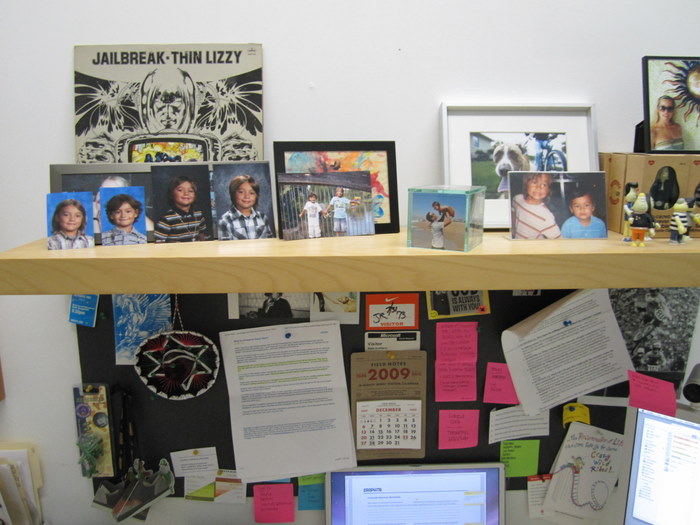 I once saw something like this in Vietnam, but the dude also had his wife and 3 kids on the same bike! 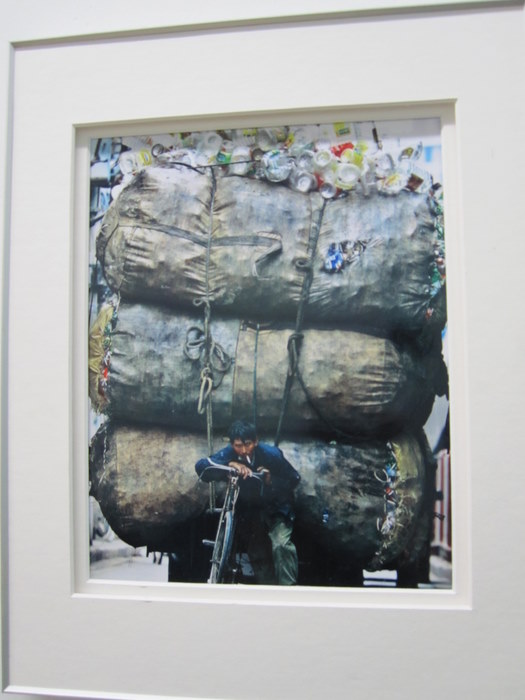 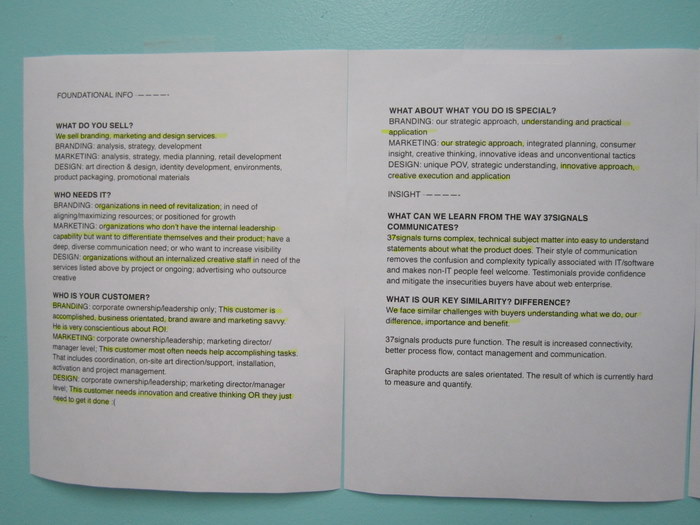 As my man, Lyor Cohen would say… 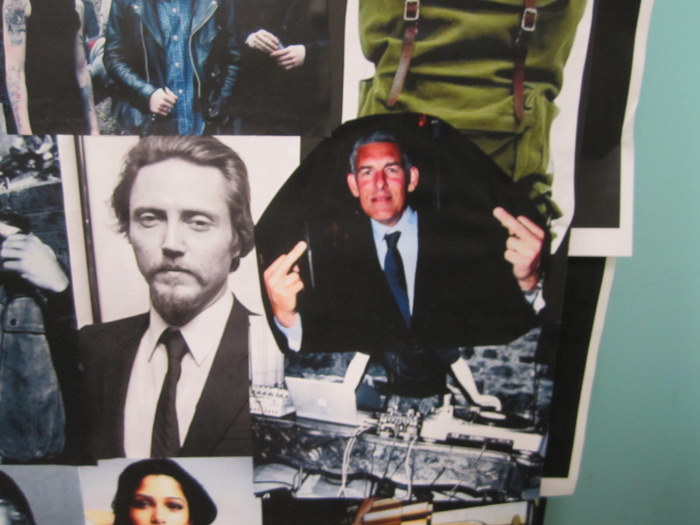 I think most people know that I’m looking to move our offices back to LA.  It's not because I’m on the road for about 2 hours of my 18 hour day of work, it's mostly because our roots are from here. After being in biz for 17 years, you learn that moving sucks! So next time we move, I want to make sure it’s our last (we’ll see). The other thing is that I want a place that has “character.” I’m not into a traditional biz park with new everything. I’m more into taking something that’s been ignored and then turning it into a place we can call home. The problem is that it takes a hell of a lot of work to do so, I’ll give you one example of a place I’ve been eyeing. This joint is an abandoned hospital. 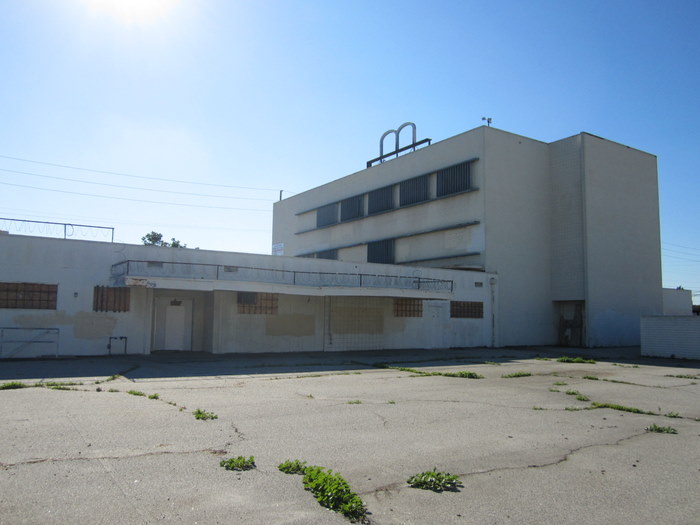 From the outside, it doesn’t look too bad. What is that large pole vent sticking out? 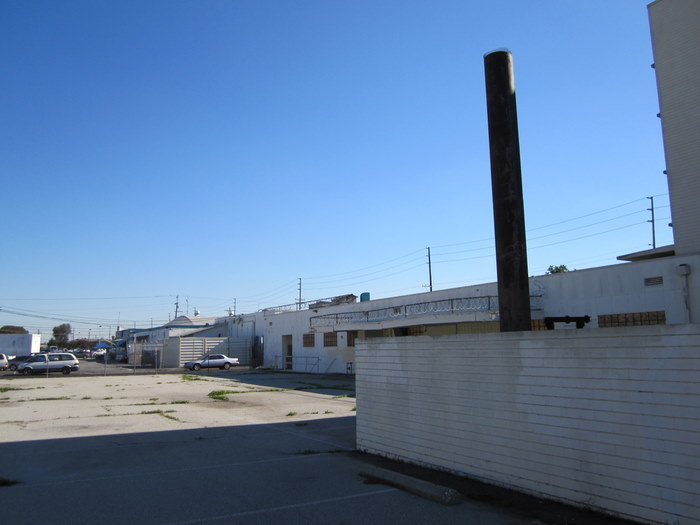 Oh, that’s the vent from the incinerator from the basement. You know the place where they used to burn the dead bodies… 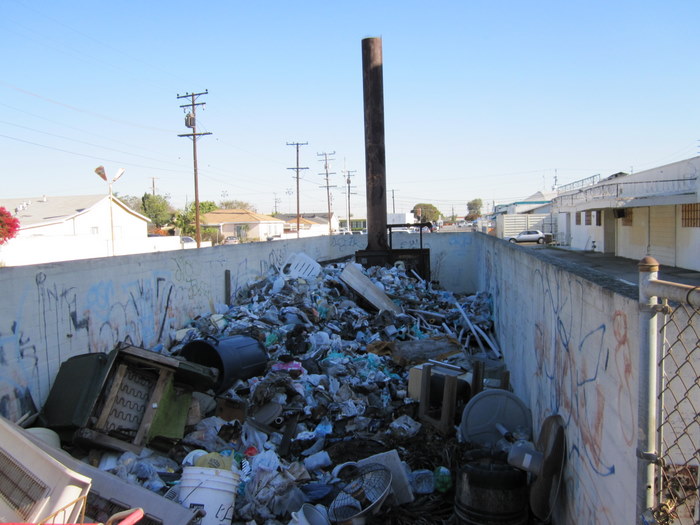 Inside, well, it’s a little worse than the outside. That’s my broker, Warren, with the head lamp! Shhhh, I think I heard something? 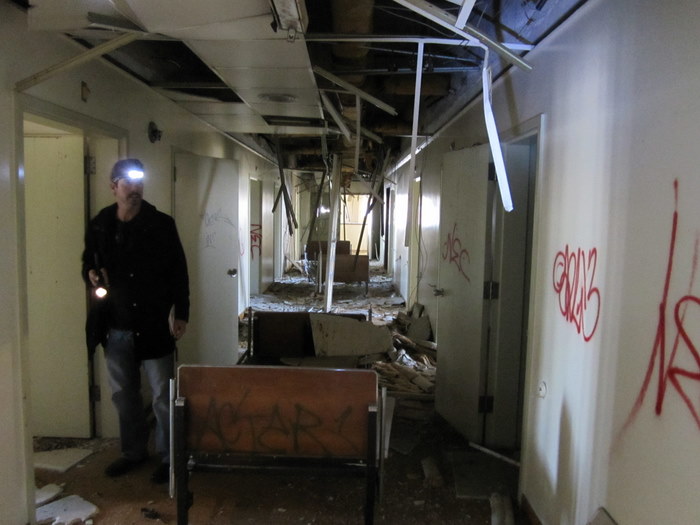 Oh snap, it was just a few pigeons. I guess this is the remains of what they do over the years. 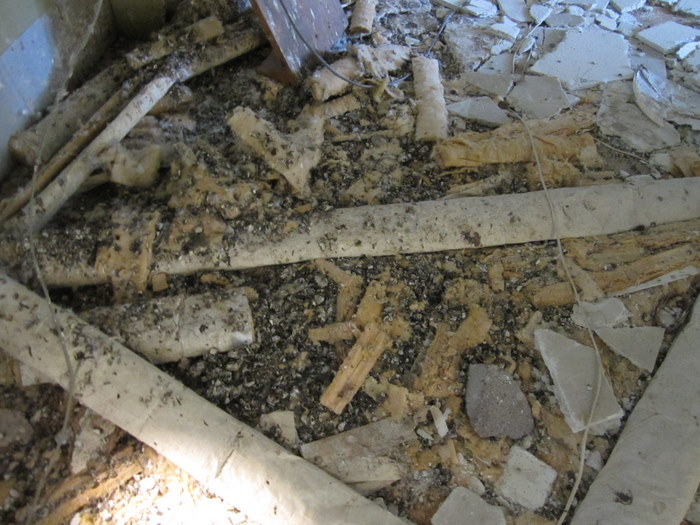 It kinda gave me the chills when I saw that the beds were left in the rooms. If the walls could talk… Oooook, I think we’ll keep looking elsewhere. 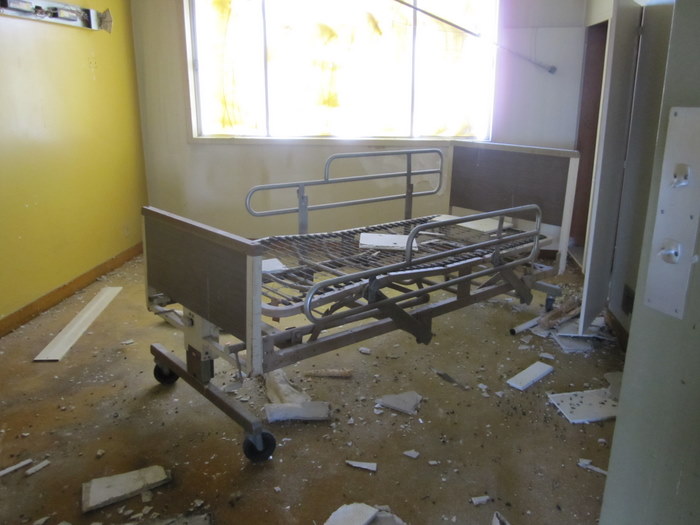