Drift is an online surfing magazine with a focus on grassroots, independent culture: art, music, events, films, activism and environmentalism.  It’s a venue for people who draw inspiration from surfing to share their creative output, or as Drift would call it, “a stoke multiplier.”  With both a Europeon and North American edition, Drift has a unique opportunity to highlight the surfing community from the various cultures whom experience it from across the globe. 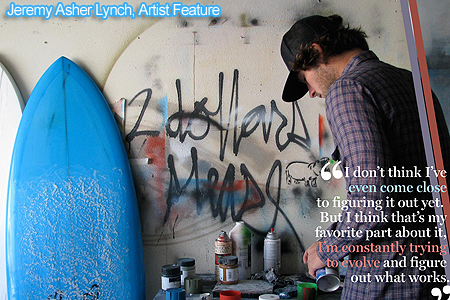 How does Drift differ from an average surf publication?

In the past few years people’s notion of what constitutes a “magazine” has changed a lot.  It used to be a print publication; now, I’m not really sure if we’ve figured out what actually constitutes a magazine.  To some people it can be an electronic “reader” that looks like a print publication, to others it can be a pretty simple blog.  Our interpretation is a blog with daily updates as well as large format articles that we call “Features,” which really showcase the work of our artists, photographers and writers.

Tell us a little more about Howard Swanwick, the founder of Drift.

Howard is the classic UK surfer—stoked to the gills to surf in the mist and then grab a pint by the fire.  He has a background in publishing and worked for the BBC for quite a while before launching Drift several years ago.

Does he write and create content for Drift as well?

He does occasionally, exclusively for the European edition.  The separate editions operate quite independently of each other, so he and his editor, Angela Rivers, have a crew of people in Europe writing and taking photos just the way that we do over here.  I think Howard assumes more of the operational duties over there a little bit reluctantly, but he does it because it needs to be done, even though he might rather geek out on awesome photos, stories and art they way the rest of us do. 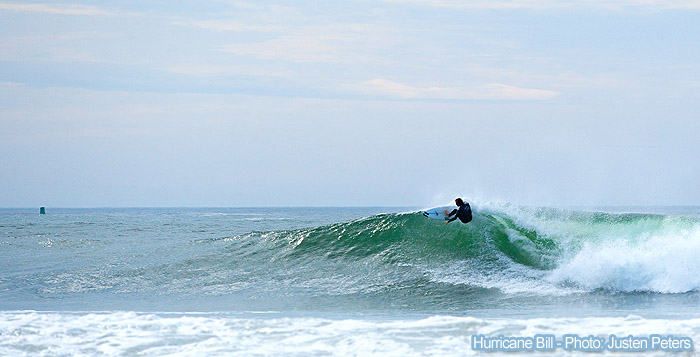 Is Drift targeting a small niche within the surf community?

I think that we are embracing a niche, but I’m not convinced that it’s really that small because I’m not sure where I’d draw the boundaries around it.  As surfers we’re prone to looking at the world from a little bit of a different perspective, and art and creativity have always been a part of that.  We may be pointing the spotlight at a little different spot, but it’s all a part of the same continuum. I think the difference is that anyone can look at Drift and find something that appeals to them, from the hardest charger to the average person who stumbles across the site.

How long has Drift been around? How about in the U.S.?

Drift was an online publication in the UK for two years and then in print for six issues/one year.  Last February, my partners and I took over creative direction of the brand and brought both editions online in July. 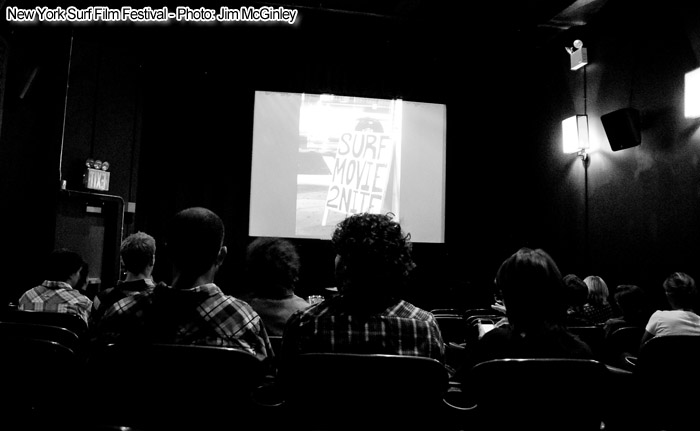 Who are the people behind Drift’s U.S. operations?

Myself (Editor) and two good friends, Jim McGinley (Director) and Justen Peters (Creative Director).  The titles don’t mean much though, we all do a bit of everything.

Is the business strong enough to support employees?  Or does everyone keep full-time jobs to support growth of Drift?

We have a motley handful of “sub contractors” helping out with editorial and sales but no full-timers yet.  Jim, Justen and I all do freelance projects, sometimes together, partly to keep things moving and partly because that’s just who we are: a photographer, a designer and a writer.  We also have a crew of incredible interns and amazing friends and family who donate their time because they’re so stoked on the magazine.  I think that’s just how it’s done these days—if you play your cards right and create something genuine, people will get behind it, regardless of the economy or anything else. 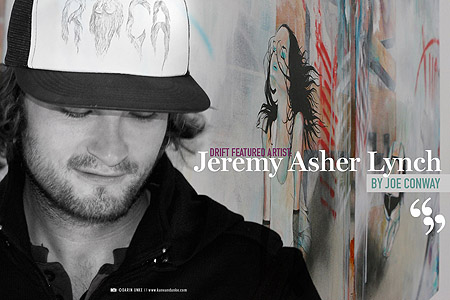 The people creating the culture itself—artists, photographers, surfers, craftspeople, shapers, writers, filmmakers.  There are publications that work on a top-down editorial model, and I think that a lot of web stuff is more like bottom-up.  Drift is really a mix of the two—we hear from a lot of people, our consistent contributors and random people out the community, who will say “hey, there’s this incredible thing happening down the road from me.”  I do have to make certain editorial decisions, though, and there’s definitely a concept behind our content.  Simply put, it needs to fit with our ethos, which revolves around creativity and independence.

Statistically it’s the Art page, which is awesome.  The Features also see a ton of traffic, which is really encouraging.  When we started out people said “no one will read articles online, they just don’t.”  But our traffic shows that they will when it’s presented right, and click through all the way to the end of a 2000 word piece.

Drift is all about expression and different people’s perspectives.  Content-wise, at what point do you say “this is a bit much”?  Any examples to date?

That’s a great question.  Drift is definitely about creating something different and looking down the roads less traveled, and that involves a lot of collaboration.  In general, as long as a piece doesn’t involve drowning kittens or beating up old ladies or something, I’ll always work with a writer.  In fact, we’re pretty into the off the wall stuff, I mean, we’re talking about surfing and art—two things that are all about pushing physical and mental boundaries, so a magazine that covers both should also push pretty hard.  To me that means really progressive content and editorial and sometimes even brushing again experimental, which is why I’m involved in the first place.  However, we’re also very serious about maintaining high editorial standards, so even if we publish a piece on something that’s pretty out there, it still has to be coherent, readable and engaging. 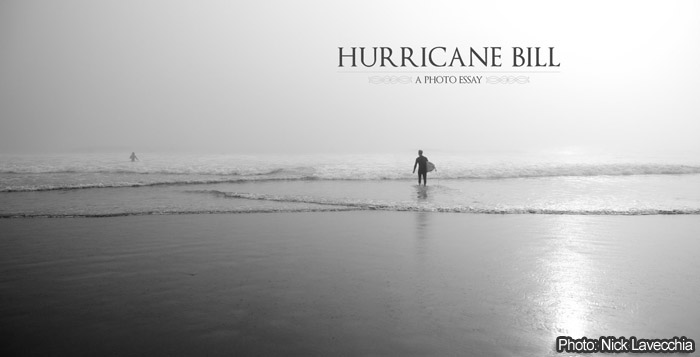 Is the Drift fan different or the same as a fan of mainstream surf publications?

Another good question, and my answer would be “sort of.”  Our readers are individuals first and foremost and I think they value originality highly—something that has been missing in the surf media for quite some time.  That means the purists who shape their own boards and ride their bikes to the beach, but as I mentioned before, it also increasingly includes the little ripper groms who are just out there looking for something different.  Last month Kelly Slater showed up to a new gallery in LA for a Barry McGee/Phil Frost show curated by RVCA founder PM Tenore—I think that’s a sign of things to come.

What data backs up “who” a Drift reader is?

Outside of the usual stats and whatnot, a ton of reader feedback.  Often that comes in the form of emails from photographers or designers or curators who get in touch to say, “love what you’re doing, surfing needs this, how can I get involved?”  That and just getting out there and running into people in the line up who say the same thing—that’s the best thing in the world.

A goal of Drift is to be an all-inclusive community, but it appears the type of coverage seen on websites and in magazines of long-established surf media is not on Drift.  Why is that?

The whole idea with Drift is to fill a void in surfing.  It’s pretty safe to say that the competition scene dominates the media, and that involves a pretty specific concept of surfing.  Personally, I follow the tour and Joel Parkinson is one of my favorite surfers—ever.  The level that those guys take surfing to on a regular basis is mind blowing, and they deserve to be well paid for what they do.  The established media outlets also do a great job of covering that side of surfing.  It’s amazing how fast Surfline gets awesome photos of contests and swell events.  We couldn’t do that if we wanted to—we don’t have the budget or the staff.  Plus, it’s already being done, and well.

The question is if that’s all there is to surfing?  We say no way.  The vast majority of surfers don’t compete and live in places where the everyday waves simply don’t suit a 5’11” thruster.  There are a lot of people out there who are into the “how”s and the “why”s of surfing—the process, the creation, the reason why a certain board works in certain conditions, what surfing means within the greater context of life—and all that stuff is under-represented in the surfing media.  We all know why that is, but does money justify the omission of an entire piece of a beautiful culture and history? 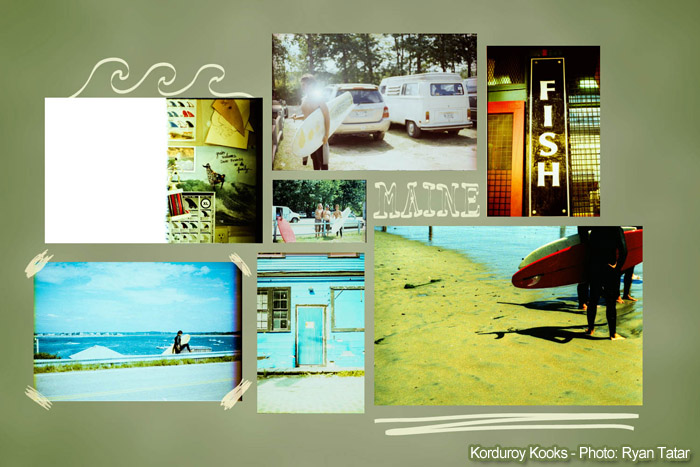 Are there plans to re-launch Drift into the print world?

The print issue is a tough one for us.  In the first place, we are an environmentally oriented magazine, and the simple fact of the matter is that printing a magazine—regardless of how you print it and on what—comes with a big environmental impact.  Online is the definite winner in that realm, but at the same time, I think we’re all traditionalists to some extent, and we understand the love for the printed page.  For now the plan is to stay online indefinitely and fully embrace the medium as we have so far. However, we’re already working on a few special printed editions that will be released throughout the year.  The idea there is to essentially curate specific projects and work with particular themes and then bind the content up in a unique format, possibly in limited numbers.  This gives us another element of flexibility and will allow us to take a unique approach to the things that we feature.

How big is Drift’s audience in the U.S. today?

The North America edition is edging up towards 20k uniques with just under 200k pageviews per month right now.  If you add in the EU edition, the numbers jump to 40k and 600,000.

What is the strategy to grow Drift’s audience?

We’re just going to keep doing what we’re doing.  The response so far had been great, people are stoked and so are we.  We’re happy with our numbers because it’s been a strictly world of mouth operation, and we expect them to jump dramatically once we initiate a marketing effort. It’s a small operation and our goals are modest—slow progress is great as long as we can maintain our autonomy and work with the artists, athletes and brands that we want to.  This is a passion project for everyone involved; we’re in for the long haul.