Need a Wintervention?  Spyder has the Antidote
Spyder and Warren Miller Entertainment Converge On-Snow and the Silver Screen 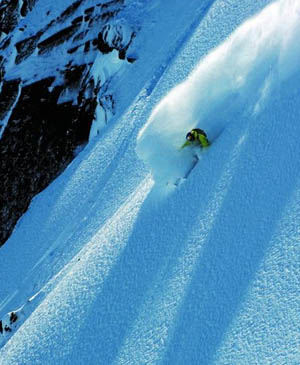 Spyder athletes Chris Davenport and Stian Hagen headed up to Girdwood, Alaska for an epic trip to ski the steep and deep of the Chugach Mountains. The film crew from Warren Miller Entertainment followed their tracks as they documented the intense adventure for their 61st feature film, Wintervention, coming to a city near you in the next few weeks.

For over 60 years, WME has produced and showcased legendary ski movies that, for many, are the start of any good winter season. This year is no exception, with footage from Antarctica, Alaska, Norway, Canada and beyond featuring the world’s top athletes. With the Spyder team representing a majority of the skiing elite, it’s only fitting the iconic brand signed on for a two-year relationship with WME to showcase their talents in the 61st and 62nd feature films.

Spyder will be carting out the brand trailer to the Colorado premieres along the 85-city tour, bringing athletes and giveaways to stoke the crowd.

For a full tour schedule and to purchase tickets, visit www.warrenmiller.com.