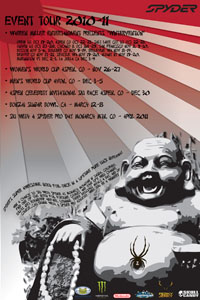 Spyder Active Sports appointed Craig and Kristi Wingard as the independent sales rep agency for California. With decades of experience in the ski snowsports industry representing Volkl, Marker and recently POC, the Wingard’s existing retail base and industry knowledge compliments a partnership with Spyder, the world’s largest ski apparel brand.

The Wingards will drive the sales and marketing focus in California and build on existing relationships with Spyder retail partners. They will report to the US director of sales , Ellen Welley to leverage the global energy and momentum of the iconic brand.

“The Wingard’s experience and entrepreneurial drive throughout their years in the industry are attributes Spyder requires to execute the new direction for 2011 and beyond,” Welley said. 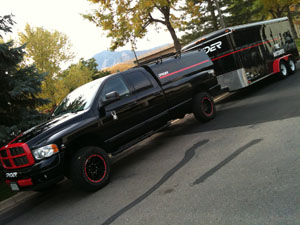 Craig has been with Volkl since 1993. Kristi currently reps Dale of Norway for California and was named rep of the year in 2007. In 2008, SIA honored their agency by naming them the US Rep of the Year for the Northern California territory.

“Volkl and Spyder share the same synergy and vision. This brand is re-fueled and I am proud to be a part of the Spyder family,” Craig Wingard said.