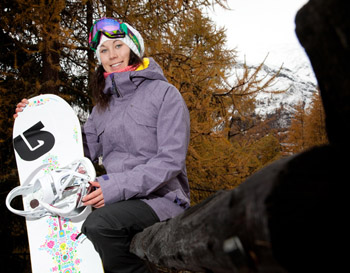 It has been more than a decade and over 113 podiums since Kelly Clark started riding for Burton Snowboards. Now, Kelly will continue her snowboard career with Burton after just re-signing a head-to-toe contract, and she will also be joined by a new teammate, Finnish shred sensation Enni Rukajärvi.

“It’s a real privilege to ride for Burton Snowboards for all these years,” says Kelly Clark. “As Burton riders, we’re very involved in the product development process, and it’s amazing to be a part of the company on that level. Through Burton’s support, I’ve been able to achieve my goals, and I’m really looking forward to my future on the team.”

Kelly’s contributions to snowboarding go way beyond her staggering competition results, which include a record-setting four US Open halfpipe wins and two Olympic medals. Her relentless drive to progress women’s snowboarding and positive vibe on and off the hill is an inspiration to all. Kelly’s biggest focus is not on her incredible results, but on having fun with a sport she loves. 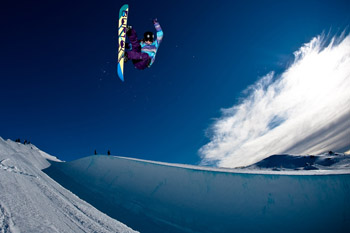 The newest member of the Burton and RED team, Enni Rukajärvi, is also no stranger to podiums. Last winter, Enni earned more impressive titles than some riders do in an entire pro career. At the top of her season’s achievements was winning both the women’s Swatch TTR World Tour Championship title and the Burton Global Open Series overall title. And she’s already started this season with a bang, most recently winning the 4Star Horsefeathers Pleasure Jam in Austria, boosting her into the women’s TTR world ranking lead.

“I’m so happy about my new sponsor,” says Enni. “Burton provides me with really amazing gear and a lot of support to develop myself as a rider. I can’t wait to get to know the team better, and start working with Burton.”

Congratulations to both Kelly and Enni from everyone at Burton.

To learn more about Kelly Clark, check out her timeline at www.burton.com/kelly.