B$Z: Spyder Names Rep of The Year and rewards him handsomely 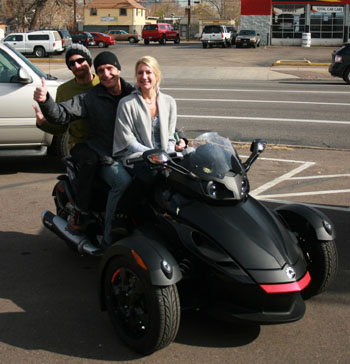 Clayton’s team has been representing Spyder for just one year. “We wanted to dig in and reinvigorate Spyder in New England,” Danny said. “We focused on getting retailers and consumers excited about the brand. We also set-up several concept shops and opened an industry-leading Spyder store at Killington Resort.  The buzz and growth around the Spyder brand has been unreal.”

The Rep of the Year is awarded annually to the individual or group who excels at customer service, brand promotion, direct consumer interaction, increases in sales per store, and increased store presence.