B$Z: John Jackson Does It Again!

John Jackson Does It Again! 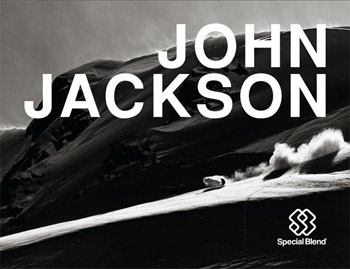 Big ups to Special Blend’s John Jackson for charging in 2010 and earning Rider of the Year, Jumper of the Year and Video Part of the Year from Snowboarder Magazine — all for the second season in a row. Always on fire, John knows how to take First Chair Last Call to a whole new level. Fellow team rider Jake Welch comments, “John J the giant … not only is he one of the most solid dudes I know, he is the most insane and talented snowboarder I have ever met. He works super hard and deserves everything he has got, if not more in my opinion. Bottom line: John is the man.”

“Dannnng, awards again? I'm a bit speechless,” says Jackson. “All I'm doing is snowboarding and now I'm getting awards and stuff? It feels crazy. I never expected to be able to make a living doing something I've simply been addicted to for so long. I love snowboarding and I want to thank everyone who has contributed to making it possible. Love you guys and thanks shredders! Keep up the good vibes."

To see John J in action, check out his double-part ender in this year’s award-winning movie Fuck It here, or go to www.special-blend.com.