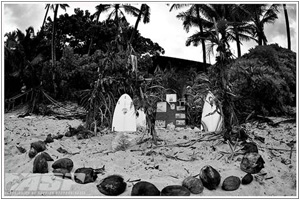 Don’t miss the one-hour tribute to the late Andy Irons’ contribution to the Vans Triple Crown of Surfing. This show features Andy's peers recollecting his success in competition surfing and highlights his victories against the 10-time World Champ Kelly Slater on the world tour. Shane Dorian gives insight into the A.I. – Kelly Slater rivalry that pushed A.I. to perform his best. Flash back to the infamous Kelly-versus-Andy Pipeline Masters final of 2006 in perfect overhead, peak splitting conditions. Bruce Irons talks about the importance of the rivalry and their relationship, while delivering an acceptance speech on behalf of his brother that drew tears at the 2010 Surfer Poll Awards Show. The show is framed with next level surfing from both Andy and Kelly.