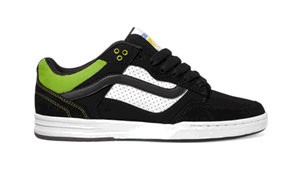 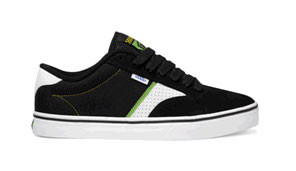 Vans has proudly supported Ryan since his days as a 13-year-old amateur right up to his dominance on the professional circuits. With just two years under his belt on the big bikes, we look forward to 2012 with more wins wearing his number one jersey and two new Ryan Villopoto-endorsed shoe releases in January: the Vans Ruark and the Vans Fontana. Celebrating Ryan’s success, each shoe is accented in Ryan’s green, yellow and blue race kit colors as well as Ryan’s signature artwork and number so everyone knows who you’re pulling for on race day.