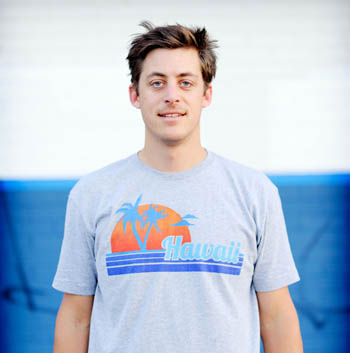 TransWorld SKATEboarding is excited to announce Oliver Barton’s recent promotion to Director of Photography and Video. In this new position, Barton will use his expertise in photography and video to lead the brand in developing and contributing new content initiatives within those realms and along the brand's multiple media platforms. By closely collaborating with the content staff and other key departments, Barton will become an ambassador in helping to further define TransWorld SKATEboarding’s story and ensure that all content creation is consistent with the overall defined brand strategy.

“Oliver Barton is the technical benchmark for all other photographers in the skateboard industry,” comments TransWorld SKATEboarding Editor Kevin Duffel. “Having his keen British intellect and sharp eye on board in a greater editorial role is truly an honor. He fits perfectly as we continue to push TransWorld SKATEboarding into the digital world and beyond.”

Barton has been with TransWorld SKATEboarding since 2004. He graduated from the University of Westminster, London with a Bachelor of Arts Degree in Film and Photography, and prior to working at TransWorld, he was a photographer for both Sidewalk and Skateboarder magazines.

“TransWorld's reputation for high-quality photography and video is what first attracted me to the brand,” comments Barton. “Working with a such a highly skilled and diverse photo and video department is a privilege. Maintaining the visual legacy of TransWorld SKATEboarding is something that I am 110 percent passionate about.”