WEB: Skateboarder Magazine to Become the Home Base for the Entire 411VM Archive 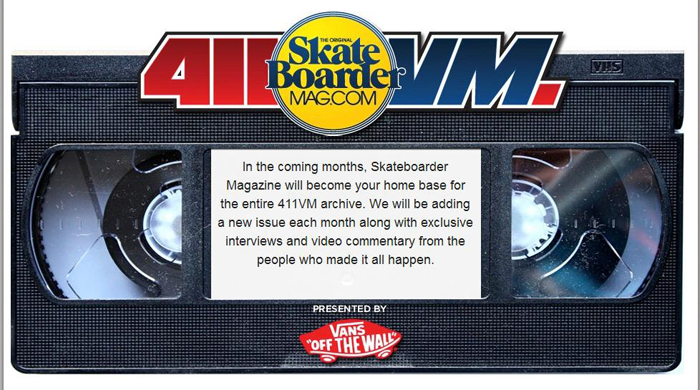 In 1993, long before the Internet made the world available with a few clicks of a mouse, skateboarding got its first taste of regular skate footage in the form of 411 Video Magazine. Co-founded by Josh Friedberg with some help from Steve Douglas and Paul Schmitt, 411VM was the first of its kind, a platform showcasing the top talents of the time and quenching the public’s desire for video footage between the infrequent full-length skate videos of the time. Starting off with the now iconic intro song and heavy opening tricks,each video held memorable skating and now serves as time capsules of the progression of many of today’s top pros that were then just staring out. Departments like Pro Files, Wheels of Fortune, Rookies, and Chaos made each issue entertaining and delved a little deeper into skating than just the tricks.