September 9, 2012 was an unforgettable day in Faenza, Italy as Antonio Cairoli won his sixth FIM MX1 World Title. Cairoli clinched the championship with three rounds to spare in front of his home crowd in Italy. It was a bittersweet victory for Cairoli as Sunday also marked the one year anniversary of the death of his mother. “It’s beautiful to celebrate the world title here in front of my home crowd. I have no words, a great emotion” said Cairoli. 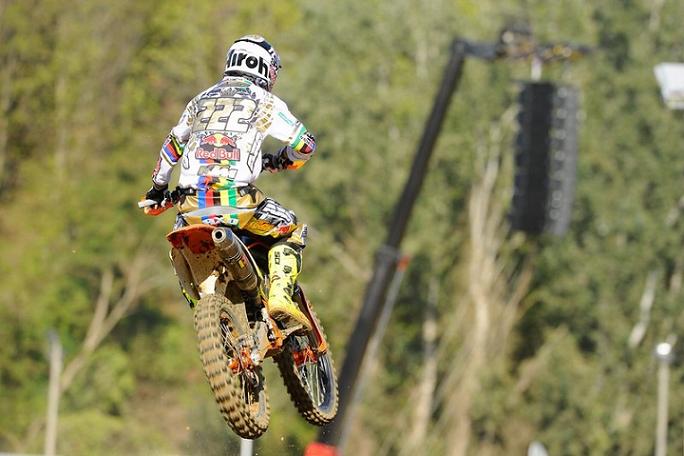 Cairoli came out in perfect style, firing out of the gate. He studied the track and immediately attacked Pourcel and overtook the lead. Once in the lead Cairoli set the pace and pulled away from the other riders for the moto one win which secured the Title. Before moto two Cairoli was presented with a set of commemorative AXO gear, specially designed for the king of MX1 in celebration of his sixth World Title.

AXO is incredibly proud of the hard work and dedication Antonio Cairoli has put forth to win the Title and couldn’t be happier with his performance and dedication to the sport. 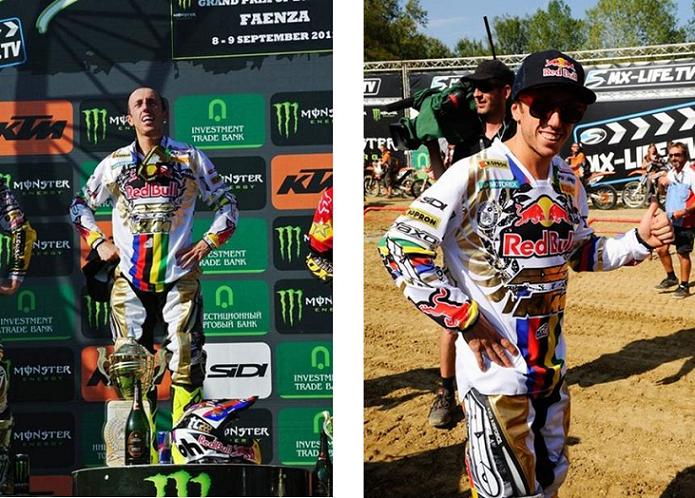