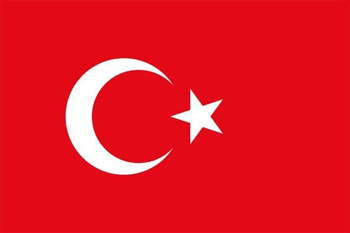 The International Surfing Association (ISA), surfing's world governing authority recognized by the International Olympic Committee, is proud to welcome Turkey to its list of member nations.

The Turkish American Sports Club (TASC) led by General Director Tunc Ucyildiz, has been a leader in the growing popularity of the sport of surfing in the country. It is now the country's National Governing Body (NGB) of surfing, as determined by the Turkey Sports Ministry and accepted by the ISA.

International Surfing Association (ISA) President, Fernando Aguerre said, "I am thrilled about the news, and happy to welcome Turkey to the international surfing family. Turkey has a long history of being a bridge between Europe with Asia.  It has a large coast in both the Mediterranean and Black seas, where its surfers enjoy riding good waves and perfect conditions for StandUp Paddle (SUP)."

The ISA President continued, "I am excited about the potential for the sport to grow in this country, and to riding some waves and paddling there. I'm looking forward to seeing the Turkey National Surfing Team compete in the 2013 ISA World Surfing Games, as they have already committed to participate. With surfing being developed in Turkey, it's a great step forward in growing the sport in the region and the rest of Asia."

Known officially as the Republic of Turkey, it is a Eurasian country located in Western Asia and in Southeastern Europe. Turkey is bordered by eight countries: Bulgaria to the northwest; Greece to the west; Georgia to the northeast; Armenia, Azerbaijan and Iran to the east; and Iraq and Syria to the southeast. The Mediterranean Sea and Cyprus are to the south; the Aegean Sea is to the west; and the Black Sea is to the north. The Sea of Marmara, the Bosphorus and the Dardanelles (which together form the Turkish Straits) demarcate the boundary between East Thrace and Anatolia; they also separate Europe and Asia.

Turkey's location at the crossroads of Europe and Asia makes it a country of significant geostrategic importance. In addition, Turkey's developing economy and diplomatic initiatives have led to its recognition as a growing regional power in the Middle East.

Surfing is practiced in both the Mediterranean and Black Sea in Turkey with point breaks and beach breaks setting all along the coasts, and plenty of flat water for SUP Racing. The waves are fun and break in places like Alanya, Anamur, Embryo Point, Aglaynkaya and Merkez Sile among others. StandUp Paddling, surfing and racing can be practiced in rivers, seas and lakes all over the country.

The best season to surf in Turkey is during the winter in the Northern Hemisphere, from December to March, when the swells are more consistent and the winds blows offshore.

ISA membership includes the surfing National Governing Bodies of 72 countries on five continents. Its headquarters are located in La Jolla, California. It is presided over by Fernando Aguerre (Argentina), first elected President in 1994 in Rio de Janeiro and re-elected seven times since.  The ISA's four Vice-Presidents are Alan Atkins (AUS), Karín Sierralta (PER), Debbie Beacham (USA) and Layne Beachley (AUS).