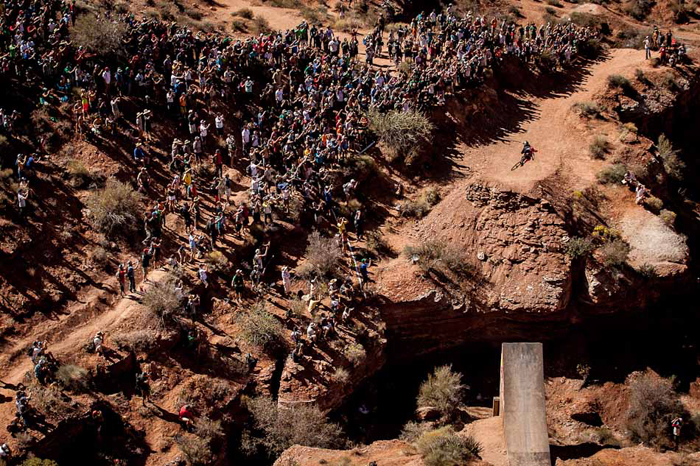 An eternal crowd-pleaser, Cam McCaul once again proves that hundreds of people look up to him - on this and every day. 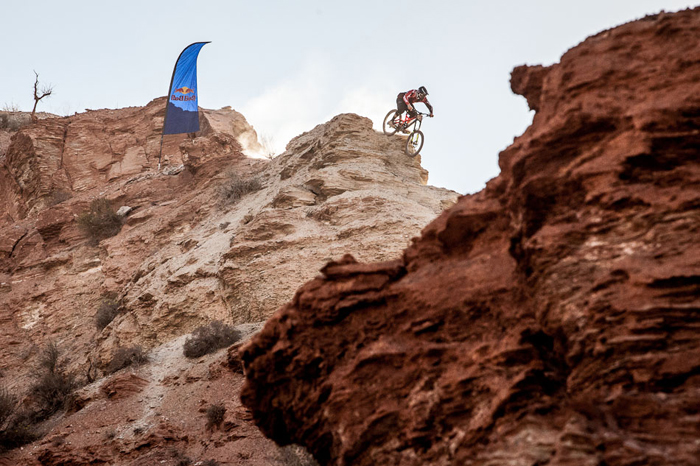 The Coastal Crew's own Kyle Norbraten auditions for the 'Cliff Crew' on the incredibly precarious north-facing ridge. However, despite landing back-to-back 360s off these ridiculously steep drops, Norbraten didn't manage to find a spot on the podium. 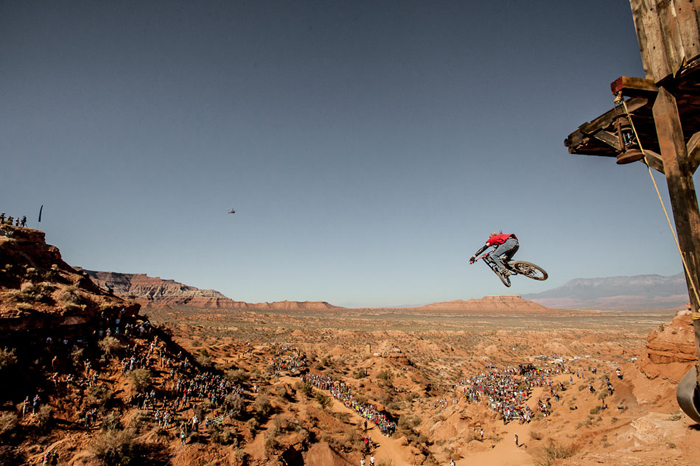 San Diego's Wil White has been very outspoken against the presence of wooden features on big-mountain courses, yet he ended up hitting a number of them on the run that earned him twelfth overall. Ironically, he pulled off one of the most stylish drops off the Oakley Sender, in the face of a mounting wind. 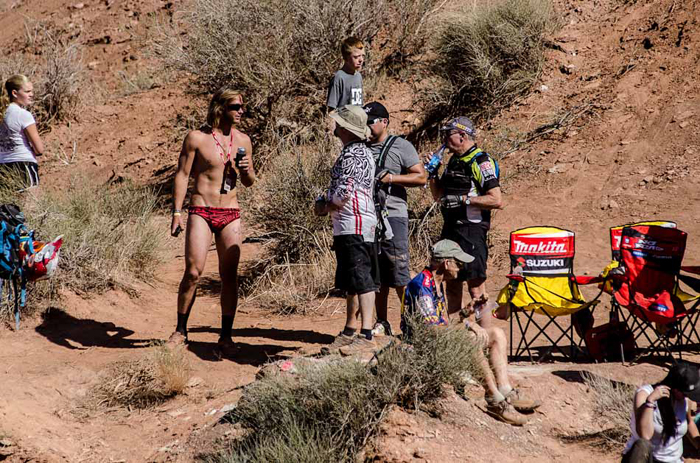 At this year's Rampage, it wasn't just the competitors who were letting it all hang out... 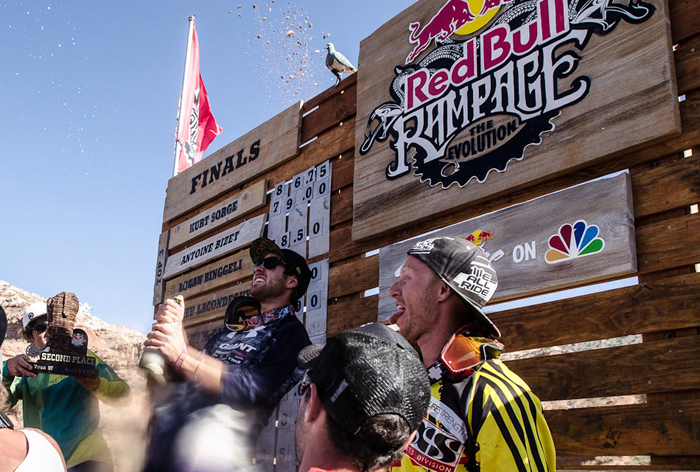 You can say whatever you want about Kurt Sorge - but he's the one who's spraying the champagne.