Network A Q&A with Annie Fast, Senior Director of Programming 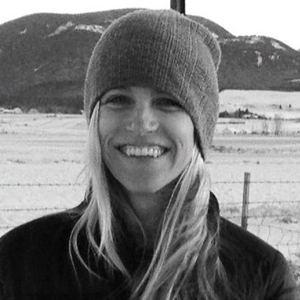 Network A Q&A with Annie Fast, Senior Director of Programming

"Some of the best and most innovative filmmaking in all of entertainment is coming from skaters and surfers and the rest of the action world, so it seems natural to build a new kind of network to help fund and share this stuff with the community," said Brian Bedol, founder and CEO of Bedrocket in a press release from earlier this year. "Our goal is to work with both the established and the yet-to-be-discovered filmmakers and pros, and give them a place to connect directly with the biggest audiences in the world."

Now, it's been nearly a year since Network A presented the action sports world with exclusive video content featuring some of the best athletes and filmmakers from around the world - and the network is stronger and more popular than ever after rolling out exclusive series following the biggest names in action sports like Paul Rodriguez and Alana Blanchard.

Read on for more on how Network A, led in part by Senior Programming Director Annie Fast, is working to stay at the forefront of next generation media.

Network A was launched earlier this year and to date boasts over 260,000 global subscribers with over 60MM global views – did you expect these impressive numbers only a year in?

We didn’t exactly know what to expect, but we definitely didn’t sit around waiting to find out. We took a few different approaches to audience building. On the programming side, we partnered with existing successful producers on YouTube, like Nigel Alexander (NKA Project), who were already making great surf/skate/snow/BMX videos and are pros on the YouTube platform. We also partnered with established production companies including Videograss and Nitro Circus to get great content going fast. As far as marketing, we did some really successful cross-promotions with established YouTube channels including the Machinima Network, which made us more discoverable and able to build our audience quicker.

A new series was launched earlier this year featuring BMX legend Ryan Nyquist. And, there are three other new series that were launched last month – can you speak on these new series and what they mean for Network A subscribers and action sports fans in general?

Ryan Nyquist recently won the SF Dew Tour Dirt finals, then the Red Bull Skylines alongside his first two releases of “Getting Awesome with Ryan Nyquist,” all this coming back from an injury last year. Ryan’s series should appeal to longtime and new fans alike, you get to know Ryan better and get the opportunity to interact with him through comments, it’s also an instructional series for learning new tricks.

Pro surfer Alana Blanchard’s new show “Alana Surfer Girl” releases every Monday. It’s exciting because when she decided to do the series with us, she hadn’t yet qualified for the 2013 ASP World Tour, but now that she’s qualified there’s even more opportunity. Network A viewers are introduced to her home in Kauai, her friends Leila Hurst and Camille Brady, and in the process you get to know Alana, get to know Kauai, and lets face it, both Alana and Kauai are beautiful so it’s a pleasure to watch. As the series continues, viewers will get to see what it takes to be a female pro surfer on the ASP circuit.

Also last month we launched “Life”, a weekly show about skater Paul Rodriguez produced by Steve Berra. Paul is an epic role model for anyone whether you’re into skating or not. You get to see Paul’s life and behind the scenes of what it takesto be a top competitive skater.

Coming up, we’re rolling out a moto series following Ronnie Renner around the world discovering new FMX spots. We also have a drifting series with DIY Drifter Ryan Tuerck. A snowboard Trick Tips series produced in partnership with Videograss, hosted by Preston Strout. Network A is also partnered with the DejaVu snowboard film to release banger edits with the Quebecois crew all winter long.

A recent partnership with Plan B has produced the first ever interactive skateboarding video which gives viewers limited control with directing content – why did Network A decide to produce an interactive video when no one else has?

Network A’s parent company Bedrocket Media Ventures is partnered with Interlude.fm, which has the patent to the technology platform that the Session With Plan B Interactive video was created on. Interlude has been used in music videos and commercials, but we definitely think interactive skate, surf, and BMX videos are the best use—it’s the perfect hybrid of traditional videos and video gaming. People want to interact and this is a really cool way to do just that by becoming co-directors and making decisions about the video's course in real time, and then being able to share it with your friends.

Are there plans to utilize this technology for use in other sports: surfing, moto, snow?

Yes for sure! We have some really cool ideas to push the Interlude platform even more based off of what we learned in making the Session With Plan B. We need to just narrow it down to one idea, but there will be another!

Can you see any negative impacts for viewers in being able to ‘direct’ their own videos?

I can only really see positives: It’s more exciting, more engaging, more personalized. You get more from each video because it’s a different experience every time you watch it.

Let’s step back a bit and take a look at the current programming slate - what have been the most popular series and/or episodes for Network A?

To date the Code Red full movie produced in partnership with the Billabong XXL has been our most popular video, it’s good to note that this is a 20-minute movie that has received close to a million views on YouTube, so it’s also a great test case for the audiences openness to watch longer-form shows. As far as series go, Travis Pastrana’s Nitrothon - based around Nitro Circus-style challenges - has been really popular. Signal Snowboard’s Every Third Thursday monthly videos are great, we’ve released four so far since partnering, that’s a fun series to introduce new viewers to. “Alana Surfer Girl” is getting incredible views with a really diverse audience, “Chad Reed: My Way” covering Chad’s 2012 Supercross season has done really well and we’re looking forward to the return of that series. Paul Rodriguez “Life” is also taking off. And our weekly show, dose, hosted by Tim Brodhagen has found a loyal audience that comes back week after week.

The network has established partnerships with the industries’ top content creators and athletes, how important has it been for programming to form relationships with companies like Billabong & Plan B and athletes like Ryan Sheckler & Alana Blanchard?

We’re partnered with Wasserman Media Group, through that relationship we’ve worked together on creating shows around some of their premiere athletes like Chad Reed, Travis Pastrana, and Paul Rodriguez. Our goal is to be the hub for action sports programming, so it’s really important to make sure we have relationships with the top action sports companies, production houses, producers and the top athletes. This isn’t something you do from the outside in, we have to work from inside of actions sports out and bring the enormous potential of the YouTube audience in.

What are the benefits of hosting the Network on YouTube and delivering all content though the cloud?

The main benefit is the share-ability of YouTube. If you see a video you really love you can post it on your Facebook, tweet it, put it on your Tumblr, embed it on your website. The audience is also able to engage with the videos liking them and commenting on them, and we can engage back with our audience in the same way.

There are so many different platforms to watch YouTube on from your smartphone, pads, laptops, Smart TVs - it’s always available whenever you want it wherever you are, which is what viewers are demanding.

Of course, Network A faces stiff competition with other action sports content distributors, some of which have YouTube channels of their own. Can you speak on some of your competitors (like Alli Sports, Red Bull, Ride Channel) and how Network A is able to provide a unique service?

We don’t see ourselves as competing with other YouTube channels as we’re all working toward the same goal of engaging online audiences and are actively working together on cross-promotions to share our audiences. We’re also working together to reinforce new audience viewing habits like subscribing to channels and educating viewers on the wide range of types of programming (mini series, one offs, live shows, etc) within the YouTube platform. Network A is the only editorially independent YouTube channel within the action sports landscape.

Where do you see Network A after another year of servicing the action sports community?

We’re at the forefront of next generation media, viewers are getting their entertainment from all different places, our goal is to be where the viewers are now and in the next year and to keep developing our audience and our programming.

Is there anything we may have missed?

Make sure you subscribe! All of this is free!