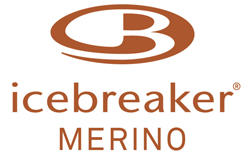 “Australia has been waiting a long time for its first retail store and we’ve finally jumped the ditch. Chadstone is a premier shopping destination in Melbourne and we’re excited to introduce Icebreaker to the multitude of visitors who come to shop its premium stores,” says Jeremy Moon, founder and CEO of Icebreaker.

“Melbourne is a perfect fit for us with its active residents who value high performance apparel. Icebreaker has something for everyone - from runners, cyclists and other fitness enthusiasts looking for a natural alternative to synthetics, to Chadstone shoppers with an eye for new and beautiful apparel.”

The Melbourne TouchLab store will feature Icebreaker's complete line of pure merino wool apparel, which includes outdoors, technical sports and lifestyle garments, all made from handpicked merino wool born in the Southern Alps of New Zealand.

Natural, sustainably produced Icebreaker merino is light, odour-resistant, temperature-regulating and highly breathable, which makes it perfect for both Melbourne’s cold winters and its hot summers.