TV: What time is Lance Armstrong's interview with Oprah Winfrey?

What time is Lance Armstrong's interview with Oprah Winfrey?
By Meredith Blake, via the LA Times

Oprah Winfrey's hotly anticipated, two-part interview with Lance Armstrong will air Thursday and Friday nights at 9 p.m. EST/PST on OWN, the Oprah Winfrey Network. For those without a cable subscription, "Oprah and Lance Armstrong: The Worldwide Exclusive" will also be streamed live at Oprah.com.

Although the exact content of their lengthy conversation remains to be seen, the disgraced cancer survivor turned cycling champion and philanthropist reportedly confesses in the recorded interview to using performance-enhancing drugs to win an unprecedented seven Tour de France titles. 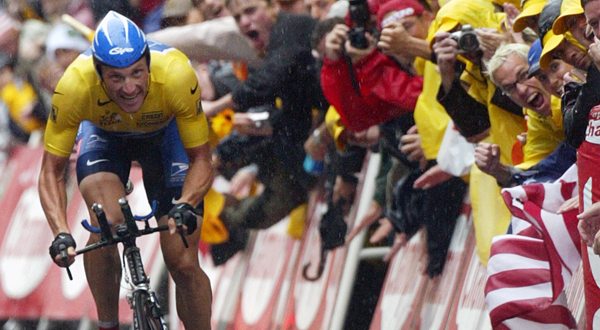 Armstrong's carefully maintained reputation began to unravel last year when he announced he would no longer fight charges from the United States Anti-Doping Agency. Although Armstrong publicly maintained his innocence at the time, many interpreted his announcement as a tacit admission to the doping allegations.

Rumors of a confessional with Winfrey -- famed for her tell-all conversations with the likes of James Frey and Michael Jackson -- began to swirl a few weeks ago. On Jan 8, OWN officially announced the "no-holds-barred" interview, which was recorded Monday in Austin, Texas.

In a Tuesday appearance on "CBS This Morning," Winfrey confirmed what the world already suspected: that Amstrong had at least partially 'fessed up. She did not disclose any further specifics about their conversation, but did reveal that she was "satisfied" by Armstrong's responses even if "he did not come clean in the manner that I expected."

Whatever Armstrong says, both sides have plenty to gain with the interview. OWN, which has struggled to find an audience since launching in January 2011, is pinning its hopes on the heavily publicized "Oprah and Lance Armstrong: The Worldwide Exclusive." But it's Armstrong, once held up as a national hero but now widely seen as a bully and a liar, who really has his work cut out for him in trying to salvage his reputation.

Story from the LA Times.