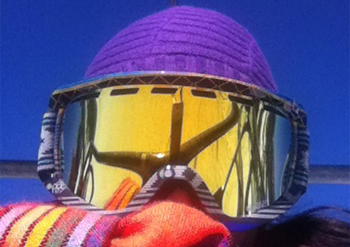 It has been 20 years since Tanya Otero got her first sales gig in the action sports industry when she landed a role as a sales rep for Joyride Snowboards. In 1996, after four years with Joyride, Tanya hooked up with Volcom and spent a few years repping the quickly-growing surf/snow/skate company before stepping up as Sales Manager for Dragon Optical, Osiris Shoes and Westlife Distribution.

Most recently, Tanya held the position of Brand Manager at Omatic Snowboards then Aerial7 before finally joining Nirvana Surfboards and EverCarve Wakesurf earlier this month as a consultant to bring structure, branding and increased sales & distribution.

"As someone who has been putting snowboards under people’s feet for a while, the surf technology is a different animal," explained Tanya via email.

"I spend time researching shapes out on the market, design effects in the H20, brands, shapers, surfers, and of course I have to surf and wake surf more now..."

Nirvana Surfboards is the parent company of EverCarve Wakesurf and seems to be a perfect fit for Tanya. We got a chance to chat with the industry veteran about her time in the world of action sports and how she has gone from working retail in the 90's to her current position as a consultant at Nirvana.

Tanya, on the left, is responsible for bringing structure, branding and increased sales distribution to Nirvana Surfboards and EverCarve Wakesurf. 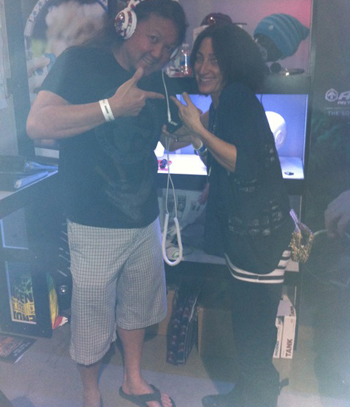 What is your current position with Nirvana Surfboards/EverCarve Wakesurf?
I’ve been hired as a consultant to bring structure, branding and increased sales & distribution.

How did your relationship with Nirvana Surfboards/EverCarve Wakesurf come about?
Nirvana originally had a retail store in Cardiff. At my last position in efforts to support our rep I worked closely with the retailers that our rep was unable to visit on a regular rotation. Nirvana was one of the stores, the buyer at the time said he knew that I could be a potential fit at Nirvana one day. A year later he set up a meeting with the owner and after extensive interviews and a partnership was formed.

What was your last position before joining the Nirvana team?
Sales Director at Aerial7 headphones.

When did you get your start in sales within the industry?
1992, I started when I was a preteen...

What aspects of your past sales and management experience will enable you to succeed in this new position?
Having existing relationships with retailers, the media, reps, athletes, other manufacturers, designers, friends and industry movers is the most helpful. It allows me to jump right in, and get immediate increased support and brand awareness. I believe that part of being a great brand is to respect and support brands and humans who have paved the pathway for this amazing business. 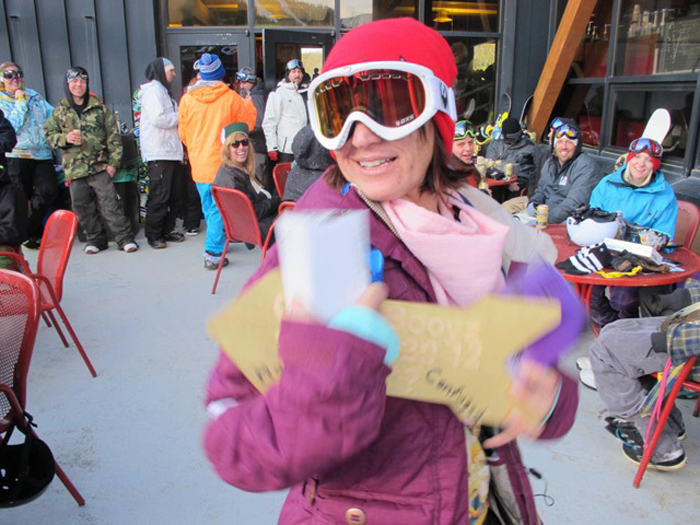 "If you can work from a place of passion, a hard day's work is a gratifying experience." Tanya, seen here at a former Office Booyz event, works hard and plays even harder.

What is your daily routine? Can you describe a typical day on the job?
Right now we’re in the strategy phase, so collaboration is key. Heavy meetings start the day. It’s really cool too, because we have to literally hash out the best way to reach more customers. This requires having ideas and a logic to back up those ideas and the ability to articulate the ideas to translate into real messaging. The agreed upon ideas then get scheduled for implementation via spreadsheets and we continue to check off the boxes needed to push the brands.

Also, I spend a lot of time researching everything surf. As someone who has been putting snowboards under people’s feet for a while, the surf technology is a different animal. I spend time researching shapes out on the market, design effects in the H20, brands, shapers, surfers, and of course I have to surf and wake surf more now... 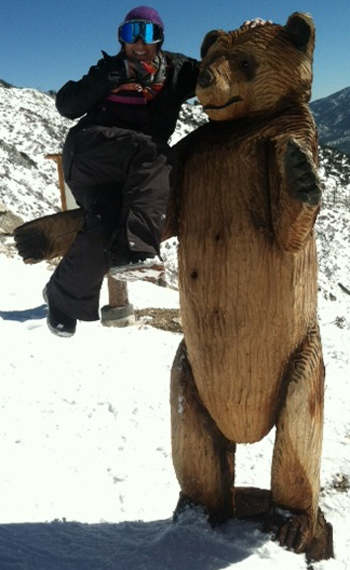 Throughout your career, you’ve worked with both small and large brands; did you see a difference there?
I think the actual act of selling is universal. It’s an interaction with another human and everyone has their own style of selling. For me, an authentic attempt at getting to know your retailer allows you to work with each other to get it right. I look at each sale as a new or continued partnership agreement and regardless of size each customer is equally important. I have found that if you take the time to know the retail space and the humans who sell from that space, you increase your chances significantly of a successful partnership. There are no easy sales today, it takes a whole hearted effort.

Has the industry changed, for better or worse, since you started with Joyride Snowboards?
Both, I would say from a product stand point it’s gotten much better, as well as operations. Shipping and logistics have been refined and both manufactures and stores are able to do better business. Back in the Joyride days a brotherhood existed. It seemed as though we were all working together to create a movement in stores and on the mountain as the darkhorse sport.

We (brands) used to be able to say things like "if you carry skis you can't carry our brand". The side of the convention center for snowboarding was completely segregated due to having a reputation for being a circus unworthy of two planked supporters. Most humans involved really just wanted to shred more and gain access to every mountain. Now I see folks clipping in when they have to. Way less heart and soul which for me is a downside. I’ve seen the shift from being a brotherhood to every man woman for themselves. As a result, I see humans who once were on fire for being a part of this industry get burned out and many great stores go out of business due to being mislead with inventory decisions. I feel very blessed to have experienced what I like to call the “magic years”.

What are the essentials to being a good sales rep?
Organization, follow through, passion for the product your selling and technical knowledge of that product. The ability to connect with people and vision for short and long term planning with regard to distribution in a given territory. Must be able to inspire trust in your retailers. Must have existing knowledge of the territory and pre-existing relationships with the stores in that territory. Must be willing to be on the road most days.

What was the hardest thing about getting started as a rep in the action sports industry?
Finances...Becoming a sales rep is starting a business which requires upfront cash. You have to plan for sample costs, fuel, and several expenses. Generally the work up front comes way before the payout. Also breaking ground with stores takes tenacity. You must be patient and earn a retailers time by showing up at the store and working with the store. In the beginning it takes longer to close a sale as you earn the trust and respect of your retail partners the time investment to close a sale generally will decrease. 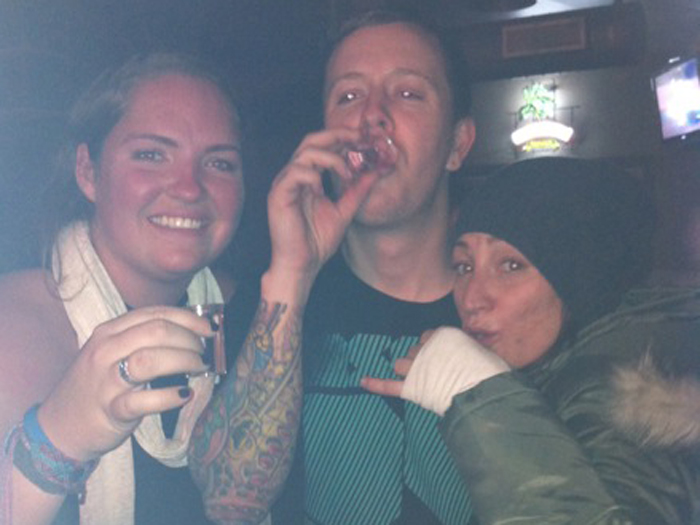 "If you want to be a part of this industry think long term...this is a serious business, it’s not a constant moving party like some believe." Ask anyone around, Tanya is one of the hardest working people in the industry.

What can you tell someone who is building a career in sales within the industry, or looking to start one?
Be patient...Don’t stress on making a name for yourself and trying to earn instant credibility, that only comes with time. If you want to be a part of this industry think long term. Know that times have changed and this is a serious business, it’s not a constant moving party like some believe. Plan to contribute, and walk the walk don’t just talk the talk. Feel accountable, know that you will see the same people year after year, perhaps associated with different brands or stores but the real contributors generally have staying power. Those are the humans to look to for support, guidance and intel.  Also don’t give up because once you’re out it’s not easy to get back in.

Care to add anything?
Yes, thank you Malakye.com for giving me the opportunity to spew and for providing hope during less fruitful times in my career. I’ve taken tips from the site regarding how to digitally pop off on potential hiring searches, which got instant responses on resume postings, Malakye.com rules! Also, I wanted to thank Johan, Charlie Anderson, Mike Montemurro and Kristin Kusic for adding quality stitching into my action sports parachute. Namaste. 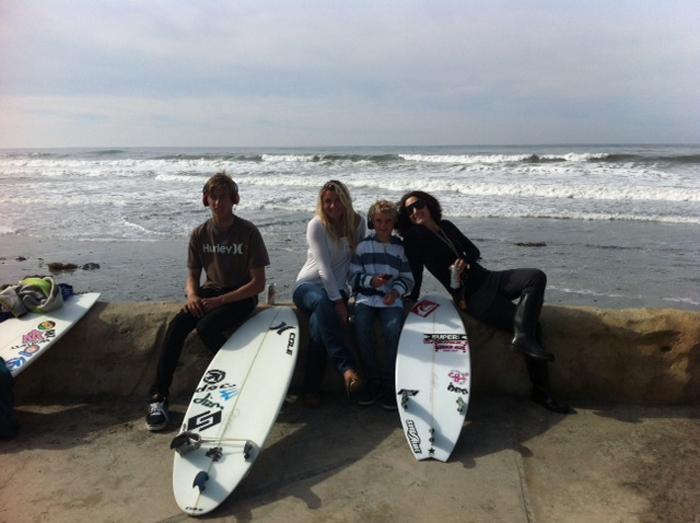 Thanks for your time Tanya and for sharing your story - Good luck in 2013 and beyond!