The global X Games adventure continues this week with a return to Val Claret in Tignes, France, in the Haute-Tarentaise region of the French Alps, where a perfect pipe and slopestyle course are about to see some serious action. This year, X Games Tignes 2013 doubles as a platinum event on the Association of Freeskiing Professionals' World Tour and a 6Star event on the World Snowboard Tour, and will serve as a de facto preview of the state of freeskiing and snowboarding circa 2013, hurtling towards the Olympic debut of X Games staples Ski Halfpipe and Ski and Snowboard Slopestyle at the 2014 Winter Games in Sochi, Russia.

For all event details visit XGAMES.com 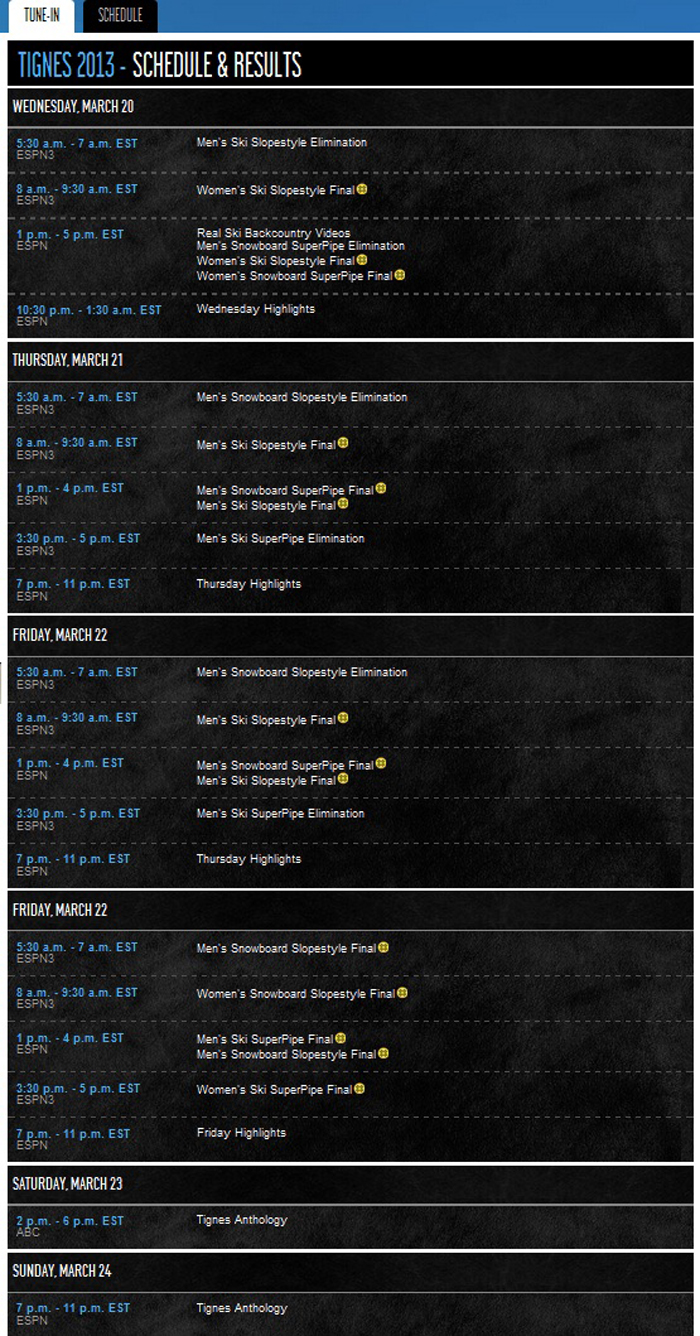