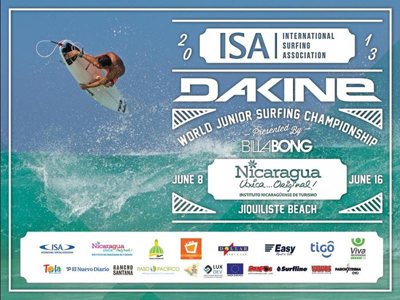 La Jolla, California, May 24, 2013- The International Surfing Association (ISA) is excited to announce the ISA will be returning to Nicaragua for the second year in a row for the 2013 DAKINE ISA World Junior Surfing Championship (WJSC) Presented by Billabong from June 8-16.

The most important Junior event in the world has the full support of Nicaragua’s President, Daniel Ortega, and the country’s Minister of Tourism, Mayra Salinas Uriarte.

34 Nations and over 300 of the World’s best Junior surfers (under 18 and under 16 boys and girls) will gather at the world-class beach break in Playa Jiquiliste, Nicaragua, to compete for the ISA World Junior Team Champion Trophy and individual Gold Medals.

“Nicaragua hosted one of the best and most exciting ISA World Championships ever last year and I can’t be happier to return to this beautiful country and its excellent waves,” remarked ISA President Fernando Aguerre. “Thanks to the support of Nicaragua’s President Ortega, the Institute of Tourism, DAKINE, Billabong, and the country’s welcoming and warm-hearted people, this will be an incredible event. The world’s best junior surfers are guaranteed to put on a great show.”

The 2013 ISA WJSC will include the Boys under-18, Girls under-18, Boys under-16, and for the first time ever, Girls under-16, which the ISA has added as the number of participants in this age group continues to explode globally. Each division will produce individual Gold, Silver, Bronze and Copper Medalists that will play a crucial role in the overall team standings. 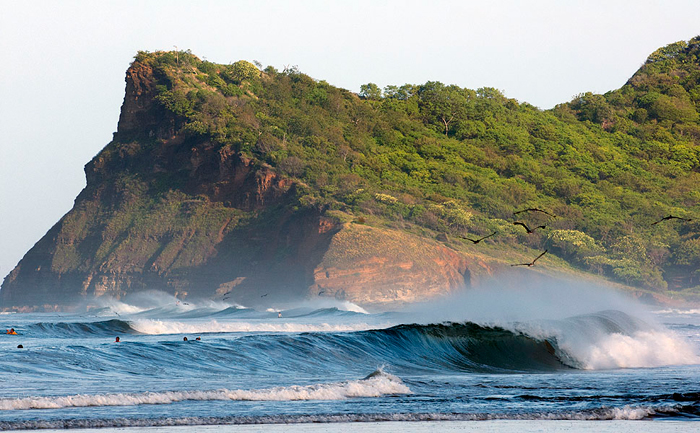 You can also watch the live webcast on the following media outlets: