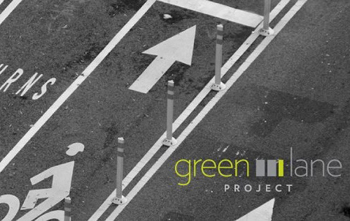 BOULDER, Colo. (Oct. 18, 2013) – PeopleForBikes Green Lane Project will begin accepting applications today from U.S. cities hoping to be among the next six selected to lead the way in building protected bike lanes.

In the Project’s first year, the number of protected bike lanes on city streets nationwide nearly doubled from 62 to 102 – with 43 percent of all growth nationally coming from the Project’s six focus cities. After two years of intensive collaboration with the Green Lane Project, its founding cities will continue to build protected bike lane networks and serve as national models, while six new cities will be enlisted as the Green Lane Project class of 2016.

Protected bike lanes bring predictability and order to busy streets: drivers like knowing where to expect riders, and pedestrians encounter fewer bikes on the sidewalk. The lanes make roads safer for all users, reducing bike, auto and pedestrian injuries by up to 50%.

Protected lanes also add vitality to the street, attracting new businesses and helping create a community people want to be in, not just move through. In New York City, local businesses saw a 49% increase in retail sales after the construction of protected bike lanes, compared to only a 3% increase citywide.

Applications are open from October 18, 2013 through January 2014. Cities should file a letter of intent to apply by November 15, 2013. The six new cities will be announced in Spring 2014. To receive application and project updates, signup to receive the Green Lane Project weekly news.

About the Green Lane Project
The Green Lane Project is a program of the nonprofit PeopleForBikes, a movement to unite millions of people to improve bicycling in America. The Project helps cities build better bike lanes to create low-stress streets. It is focused on protected bike lanes, which are on-street lanes separated from traffic by curbs, planters, parked cars or posts.