SAVE THE DATE! TransWorld SKATEboarding Awards in Long Beach 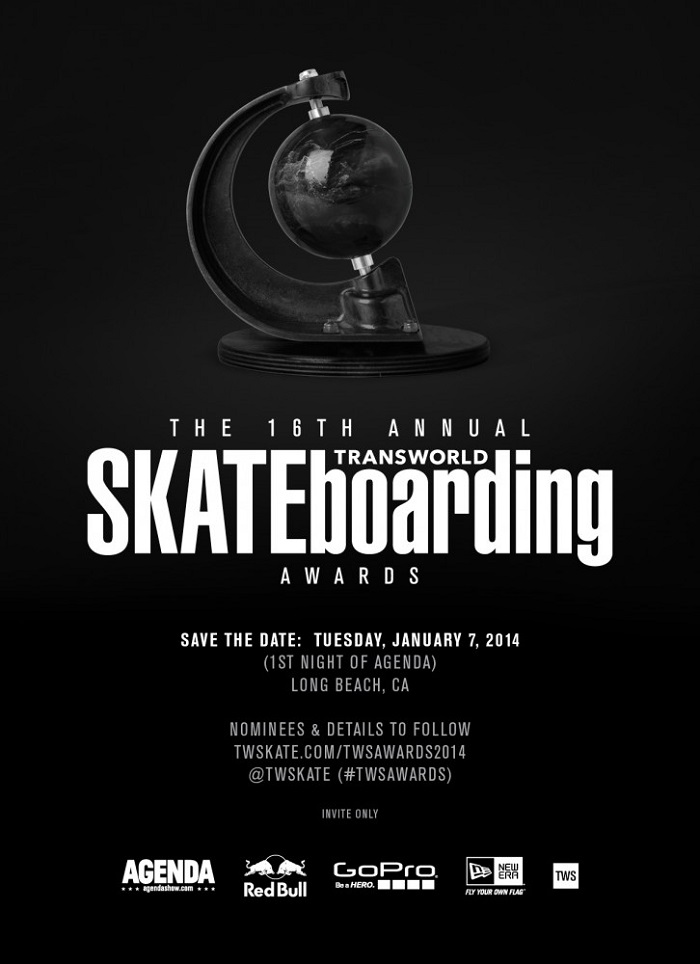 Special thanks to our sponsors: Agenda, Red Bull, GoPro, and New Era.

The Readers’ Choice Award is special because it’s the only award chosen by YOU. This year we picked seven skaters who killed it in 2013 to be the nominees for you to vote on. Check them out below, then click on over to cast your vote. See who wins at the 16th Annual TransWorld SKATEboarding Awards going down January 7 in Long Beach, California.