American culture transcends everywhere. You see it sometimes in interesting places. In Buenos Aires, they have areas named after US neighborhoods, like Soho. In Sweden, they have skate stores that are named after Hollywood? Sounds funky to me, but I guess it works for them. 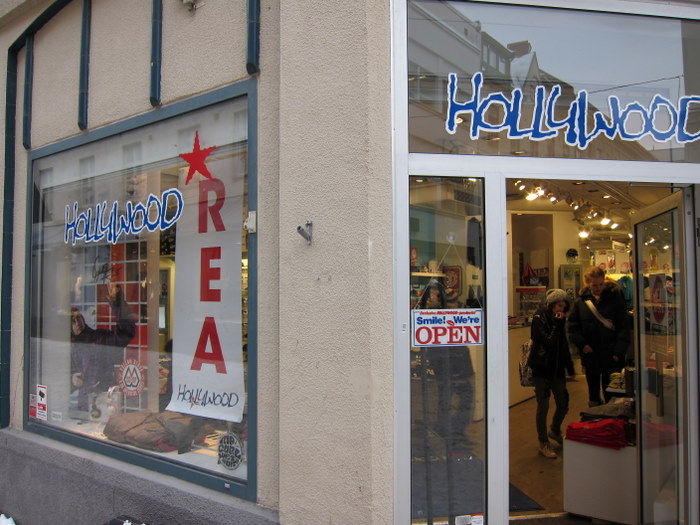 Patrick and our main sales dude (with the Raider's beanie), Jono, rap out about who knows what. 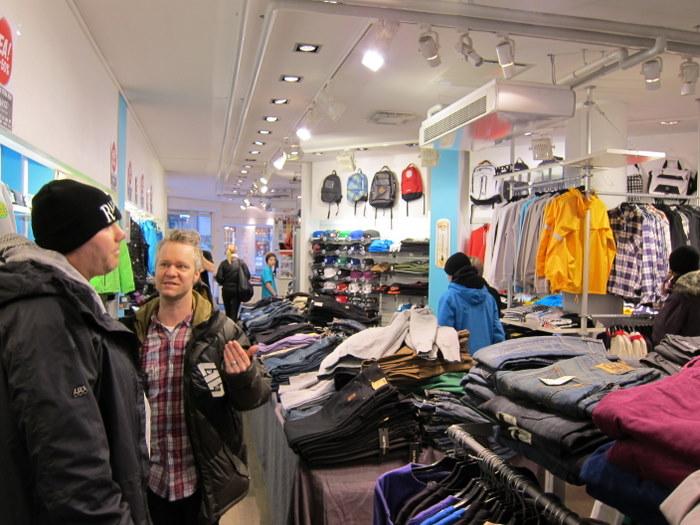 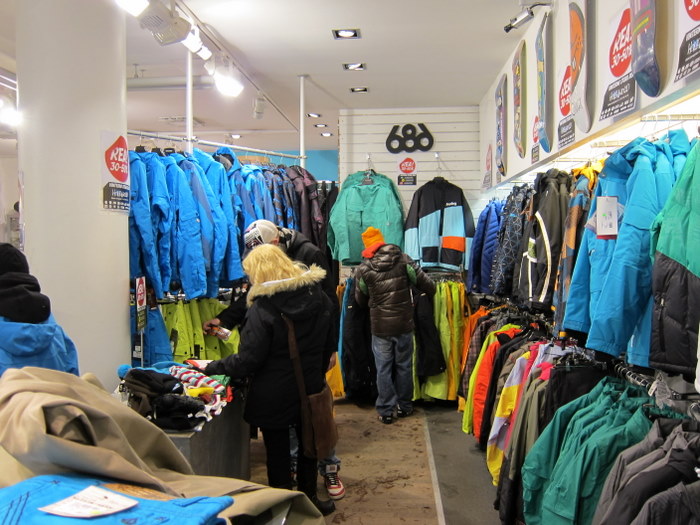 One of the sales girls wanted to show me our section she just put together. 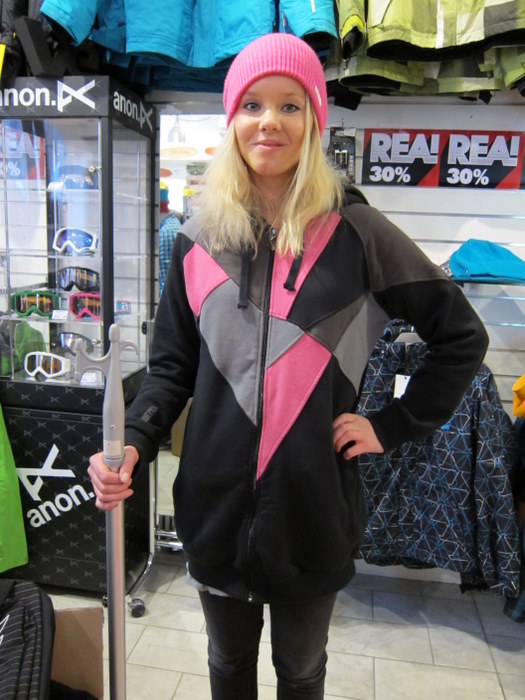 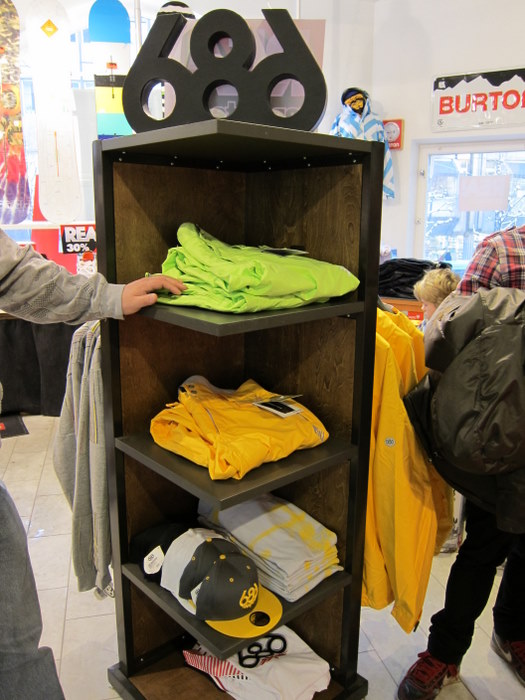 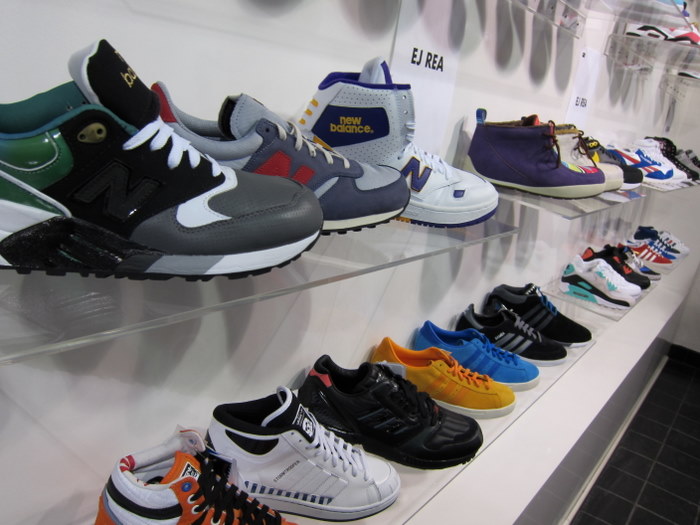 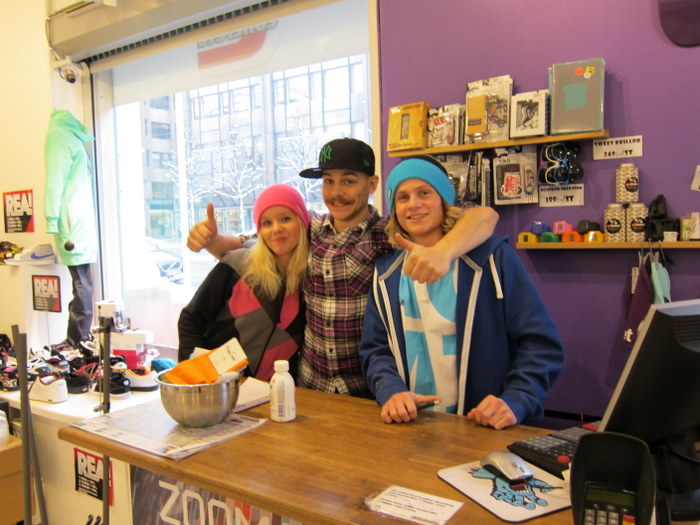 Enough of the skate/snow thing, I want to check out some Swedish flavor. Gustov told me about this new place called Weekday.  The guy that founded Cheap Monday (which got purchased by H & M) started a new concept store where it's all things Denim. It was pretty neat inside, trust me. 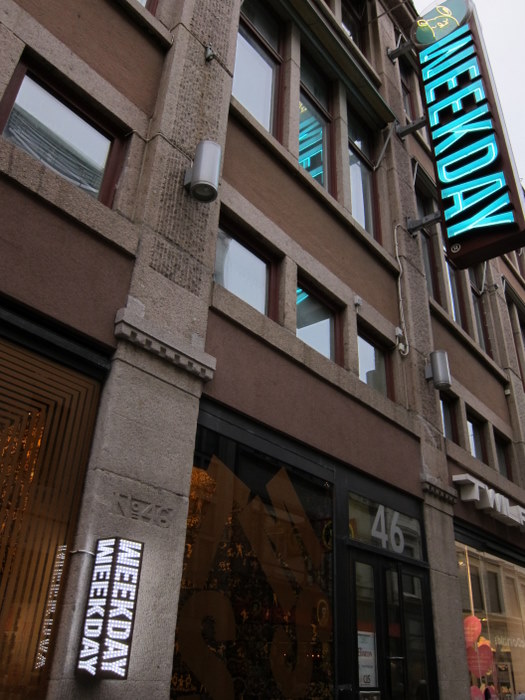 I went into this dept store that starts with an “N.” From what Patrick told me it's like the Nordstrom of Sweden. However, inside I think it’s a little better as there were shops within shops like Fred Segal back home. Escalators to shopping heaven. 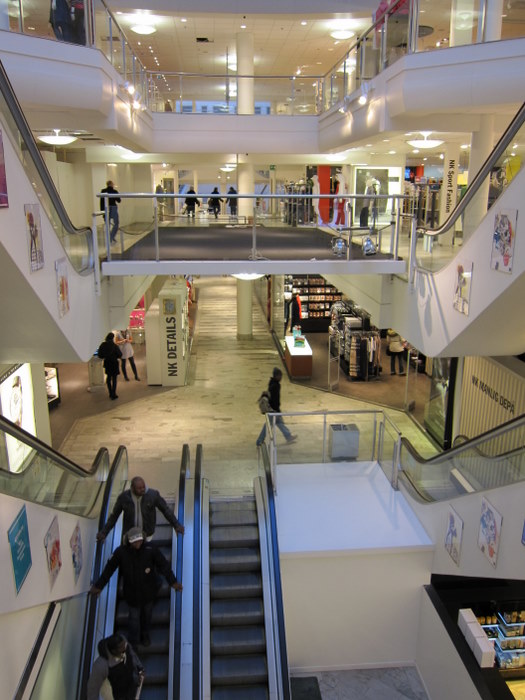 This is where the cool kids come and shop 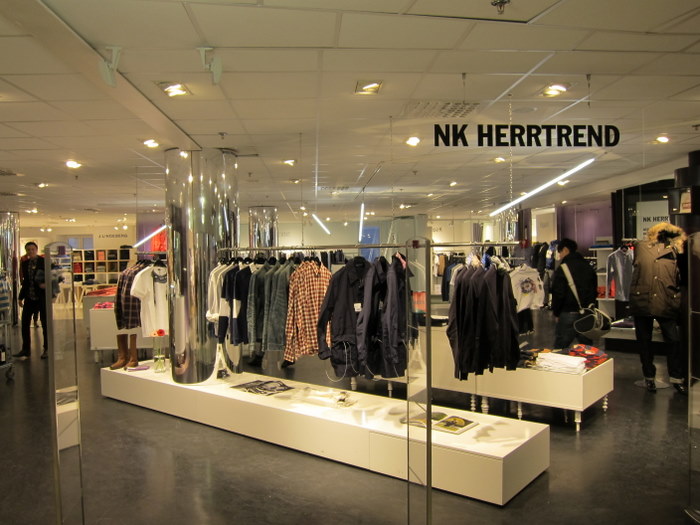 It's about that time for some grub. Wanna check out something traditional in Sweden? A potato type soup that hit the spot, literally. 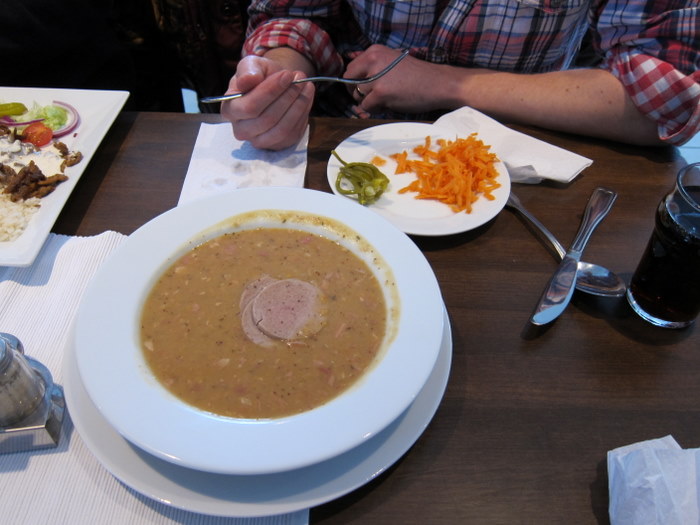 They call this a Swedish pancake, although it looked like a Crepe, but it was mmmmm good. 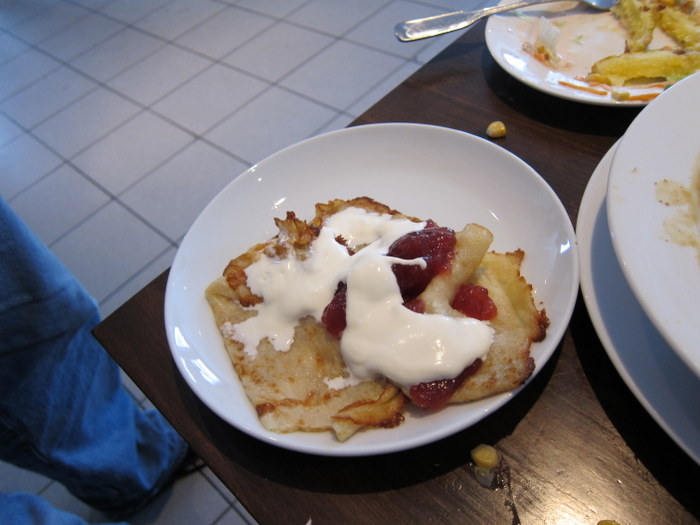 We were walking back to our hotel and Patrick stopped us to tell a story about this statue. I’ll spare you with details, but it had something to do with his crotch area being changed out cuz it resembled something else. Damn, you tend to talk about stupid shit when you have a few drinks… 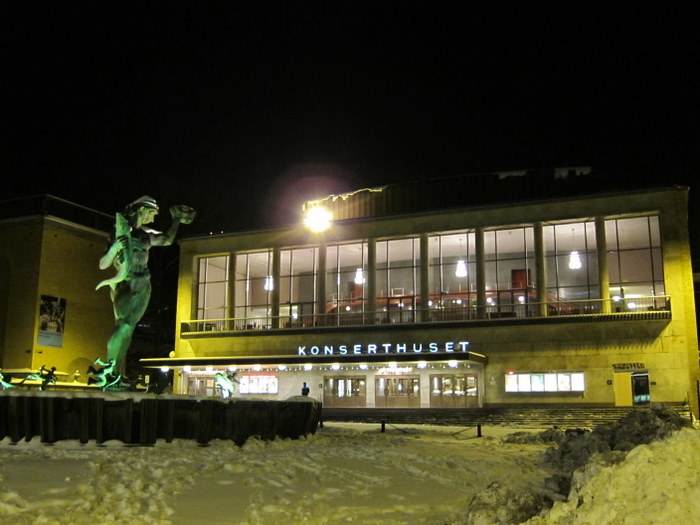 Home for the night, thanks and see you at the next spot! 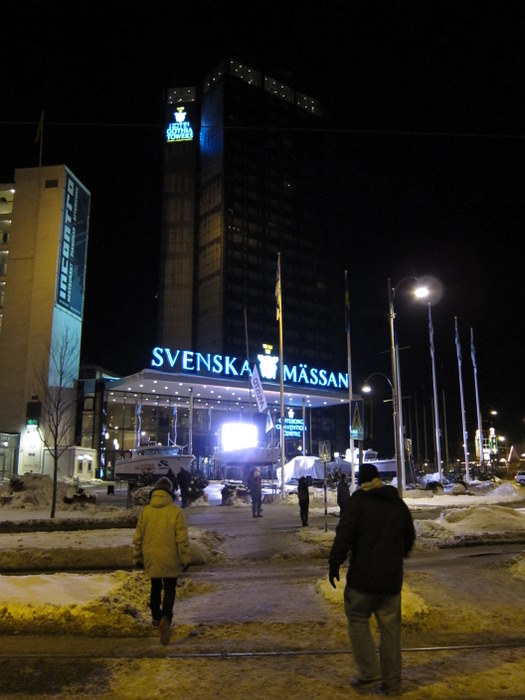