When it comes to certain objects; cars, bags and shoes are at the top of my list for forms of inspiration. Women's shoes accomplish the two most important parts of design, Form and Function.  I guess dealing with all of my girl's shoes in the closet has done something to my head…

Sarajevo designer Tea Petrovic has designed a collection of shoes based on sculpting and architecture. If you can believe it, he’s only a student at the Academy of Fine Arts in Sarajevo. Petrovic’s goal was to explore the depth between the sole, heel and floor. There’s a lot of space between the heel and the bottom of the floor, which leaves a blank canvas of creativity. Check the below and let me know what you think.

This one has more form than function, but I like the use of cables that emulates the function. 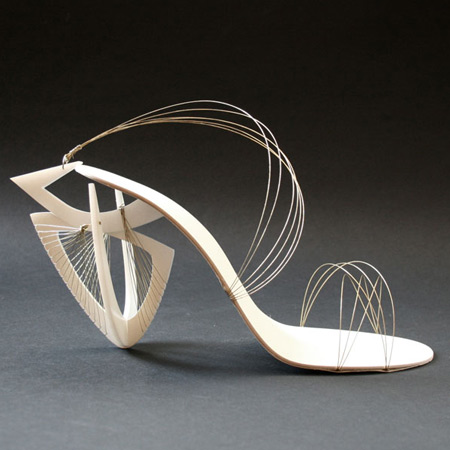 The slope and underlying openings bring it together 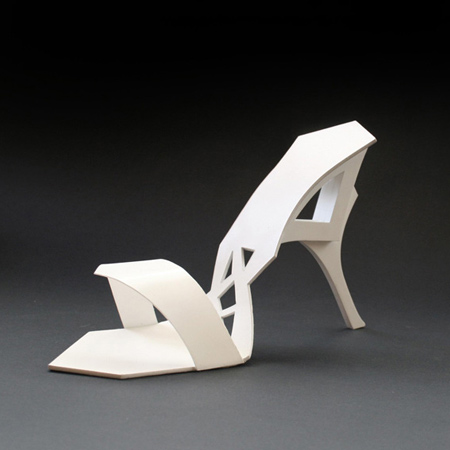 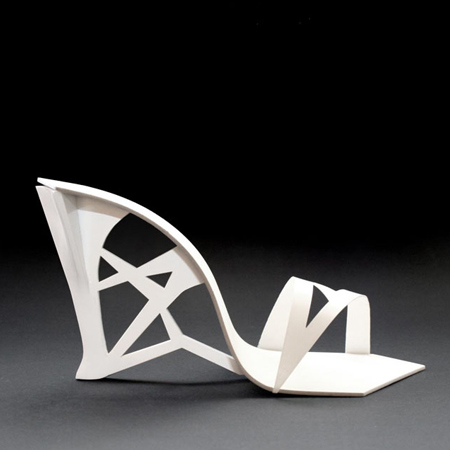 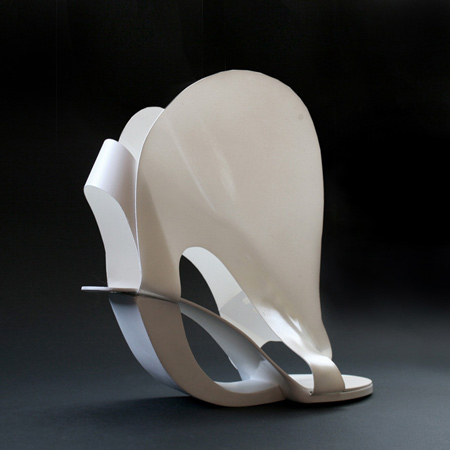 I could put this on my bookshelf next to my Bearbrick's and be ok with it. 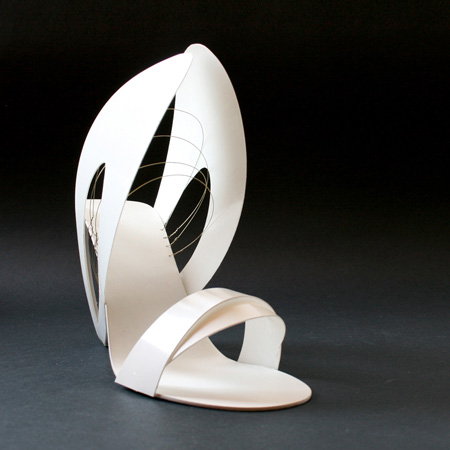