B$Z: All Winners Were Awarded in Denver, Colorado on Friday, January 30, 2015 During SIA Weekend

On Friday night, pro snowboarders and industry members from around the world came together to celebrate the best riding and filmmaking of the year for the 16th Annual Riders Poll Awards. Held at the Ogden Theater in Denver, Colorado, Eddie Wall worked the red carpet getting interviews, while hosts Preston Strout and Jack Mitrani kept the crowd entertained throughout the show. 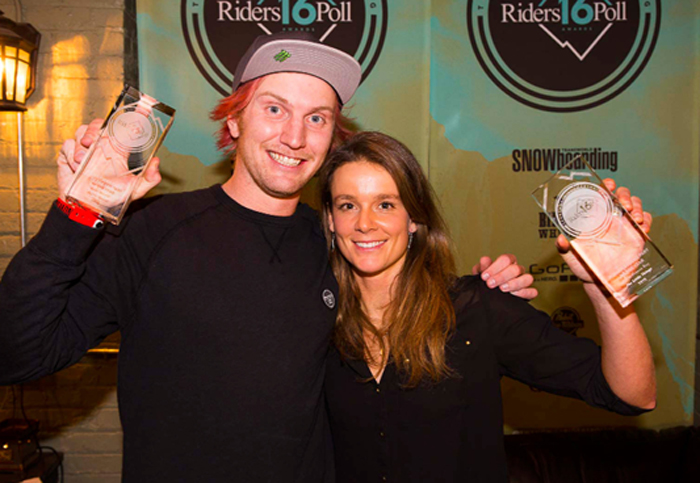 
Energy was high in the crowd of over 1,100 people and stoke for snowboarding could be felt as legendary riders such as Gigi Rüf, Danny Kass, DCP, Romain De Marchi, Mike Rencz, Peter Line, Todd Richards, and more presented awards.

Here’s who won at the biggest night in snowboarding.

Online Video Series Of The Year
The Manboys, The Manboys

Video Of The Year
Pathology

Standout Performance Of The Year
Jussi Oksanen for retiring with a banger video part in Burton Presents.

For more on TransWorld SNOWboarding and the prestigious Riders’ Poll Awards, visit TWSNOW.com.