B$Z: GogglePal Brings Augmented Reality to the Slopes with Announcement of Crowdfunding Campaign

Silicon Valley-based AR Devices unveils GogglePal, the next generation of wearable technology for skiers and snowboarders. The announcement of the world’s first universally mountable augmented reality heads-up display for goggles comes in conjunction with the launch of a Kickstarter campaign to fund this industry-changing technology. 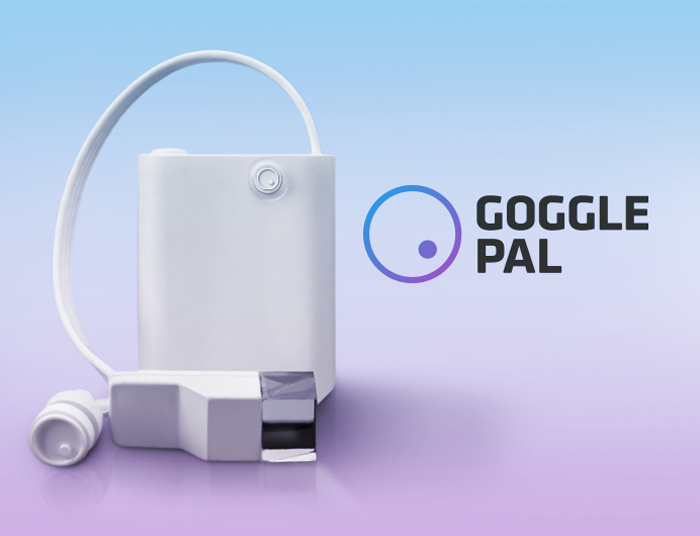 Bringing wearable tech and augmented reality (AR) to the snowsports world like never before, the small and lightweight GogglePal magnetically attaches to the lower corner of a user’s goggle lens allowing them to track speed, vertical, degrees of rotation, calories burned, time, location and direction, all in real-time. Not only does this game-changing device track useful statistics, it also connects skiers and riders with their friends so they can participate in a virtual treasure hunt anywhere on the mountain.

The free iOS GogglePal app organizes user’s information for easy viewing and sharing of their stats so people can track their improvement over the course of a day or season. The app also allows friends to challenge one another and share their supreme mountain skills with the world!

To fund further development of this innovative product GogglePal has launched a 30-day Kickstarter campaign. Visit the newly launched page at Kickstarter.com to learn more about:

·  What you can do with GogglePal

·  What you can do with GogglePal

“GogglePal is inspired by the belief that augmented reality and wearable technology are the future of the outdoor industry,” said David Shao, CEO and founder of AR Devices. “GogglePal transforms a user’s on-mountain experience with real time data and the ability to bring fitness and performance tracking to the mountain at an attainable price point.”

GogglePal, with its patented universal-mount technology, is the first product of its kind to work with any goggle. This significantly lowers the price point ($100 vs. $1,000) allowing tech-loving skiers and riders to bring wearable technology and AR to the mountain. Users will not only be able to take their performance to the next level, but will be able to share, communicate and game with their community.

For more information on GogglePal’s Campaign, and to view their latest video, visit their Kickstarter page at Kickstarter.com.