Jackie Heinricher made a solid and steady debut racing Red Bull Global Rallycross (GRC) this past weekend at the series opener in Fort Lauderdale, Fl, coming in at 8th on the standings.  With a strategy of gaining experience and avoiding trouble, Heinricher said, “I had a great time and was able to learn a lot at this first race and am happy that each time I got out on the track my time improved.” 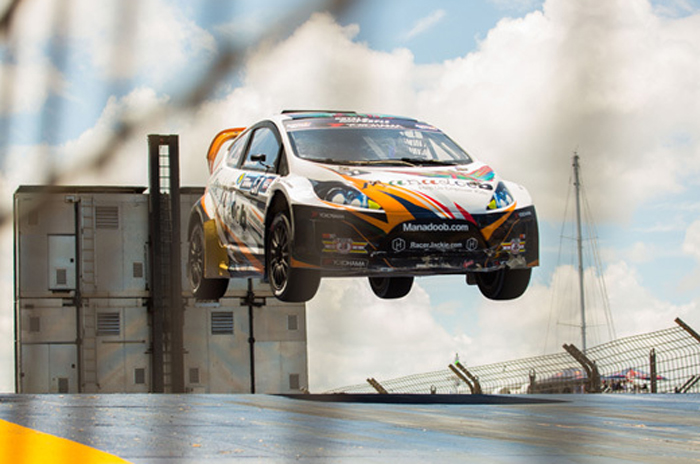 Heinricher’s coach, Rhys Millen, adds, “As a driver, coach and spotter for Jackie at Round 1 of GRC my strategy was to focus on consistency and finishing every lap. With a 12 round lengthy season making it to the main event, gaining experience was the smart approach and she dodged the carnage and chaos that was bound to unfold - as it did. The car is safely in one piece and we now shift our attention to Daytona, a track Jackie is familiar with, and the opportunity to push harder for a stronger finish.”

Though the final result standings don’t reflect Jackie’s weekend intentions, she is staying positive and looking ahead to the rest of the season, saying, “I came into this series knowing there would be a steep learning curve and I’m glad to have Round 1 under my belt.  I’m very much looking forward to getting back out there for the rest of the season!”

The stakes are higher than winning or losing for Heinricher though as she helps to spread the message of anti-bullying with her lead sponsor, Manadoob Program for Self-Esteem.  In between races this season she is planning visits to military bases and other organizations, such as Boys and Girls Clubs, to spend time with kids around the country.  Most recently she got to visit the kids at Lackland Air Force Base and says, “Getting to do these visits touches me so much.  The team and facility at Lackland is incredible and the kids are beams of light because of it.”

For a look at Jackie’s pre-season testing with famed driver and coach Rhys Millen and rally legend Stephan Verdier check out: https://youtu.be/87BrTRHag4Y

And to see a sneak peak of her national :30 spot, produced by TAUBLIEB Films, airing on NBC during the GRC Lites Round 1 Recap go to: https://youtu.be/F1hwlqg4ENk