The American International Motorcycle Expo (AIMExpo) and Kawasaki Motors Corp., U.S.A., (KMC) announced today that the manufacturer has joined the growing list of OEM exhibitors set to take part in the third annual event, to be held October 15-18, 2015 at the Orange County Convention Center (OCCC) in Orlando. Kawasaki returns for its second year, where it will again host public debuts of new products for the 2016 model year. 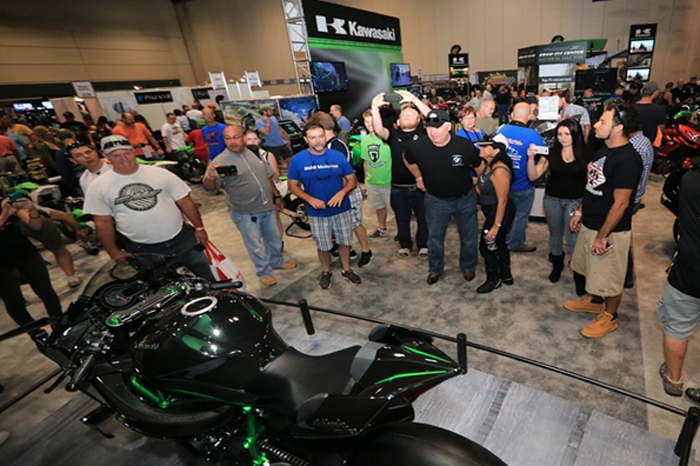 Highlighted by the global unveiling of the Vulcan® S cruiser, as well as the North American debut of the Ninja H2™R motorcycle, Kawasaki experienced first-hand benefits during its first year of participation that can be derived from the all-inclusive platform provided by AIMExpo.

“We are delighted to be returning to AIMExpo for a second year and will again use this opportunity to bring a number of new products to the marketplace,” said Kevin Allen, Kawasaki Manager, PR + Brand Experience. “The ability to connect with the global media, our dealer network and the general public were key factors that contributed to our decision to return to Orlando. We’re looking forward to building on the success we had last year as we bring an even more engaging and personalized experience to the show floor.” 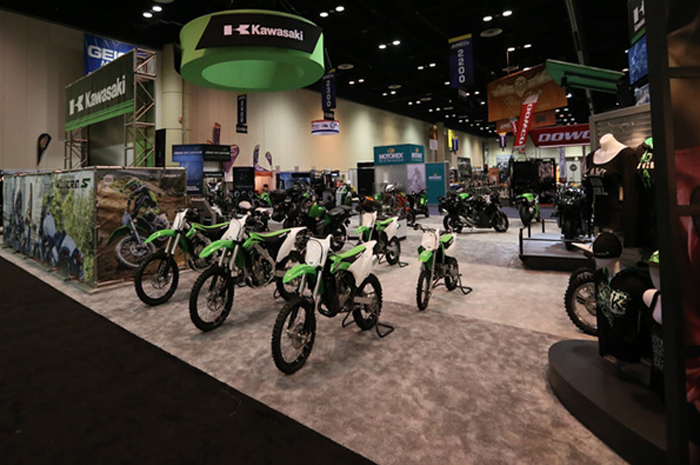 Kawasaki will unveil an all-new exhibitor display featuring the very latest in interactive technologies to engage, entertain and inform the wide variety of attendees – media, retailer and consumer – at booth #239 inside the OCCC. The space will showcase the legendary performance brand’s vast array of two and four-wheel products, including the recently unveiled Z800 ABS mid-level streetfighter and KX™450F off-road bike, in addition to the MULE™ PRO Series and Teryx® families of side by sides.

Inside Kawasaki’s booth will be an exclusive Vulcan S Ergo-Fit area designed to help riders establish a custom fit aboard the entry-level cruiser that was debuted last year at AIMExpo. Alongside the fully adjustable Vulcan S product line will be a showcase of custom-built Vulcan S motorcycles designed by some of the top bike builders in the nation. The lineup of custom cruisers will first be unveiled at a special event at the Ace Cafe Orlando.

“From its worldwide media unveiling of the Vulcan S cruiser last year in the Chapin Theater prior to the opening of trade days, to hosting their dealer network and interacting with consumers, Kawasaki leveraged the AIMExpo platform to its full potential and advantage,” said Larry Little, Vice President and General Manager of AIMExpo. “And the grand stage that we envisioned for AIMExpo was on full display with the North American debut of the radical Ninja H2R motorcycle, generating an amazing amount of media from the show floor in Orlando. We’re thrilled to have Kawasaki back for its second year and look forward to seeing all of their 2016 models on display in Orlando.” 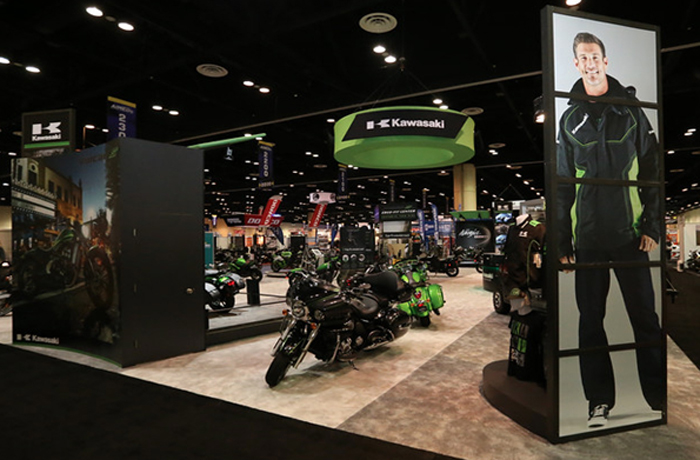 Exhibitor presence builds each day and companies looking to take advantage of the AIMExpo platform should contact an AIMExpo Account Manager toll free at 855-MCShows (855-627-4697).

Be sure to stay tuned to the AIMExpoUSA.com website and keep up to date on exciting news as it happens by visiting AIMExpo’s social media pages. “Like” the American International Motorcycle Expo on Facebook, and “Follow” on Twitter or Instagram: @AIMExpo. or AIMExpo was on full display with the North American debut of the radical Ninja H2R motorcycle, generating an amazing amount of media from the show floor in Orlando. We’re thrilled to have Kawasaki back for its second year and look forward to seeing all of their 2016 models on display in Orlando.”