Last week, the Nitro Circus Live tour stopped at the Staples Center to deliver its epic live action sports show to fans in Los Angeles, California during the show's North American Tour. The show was lead by action sports legend Travis Pastrana and, from start to finish, the energy never stopped! There were elements of motocross, skateboarding, snowboarding and skiing (minus the snow), flying contraptions like wheel barrows and bathtubs, and so much more!

You can expect audience engagement, seeing the impossible being possible, and Nitro athletes going head to head. It's definitely a can't miss show! Get your tickets to Nitro Circus here - you won't regret it!

However, if you missed the show this time around, have no fear! Check out our photo recap here: 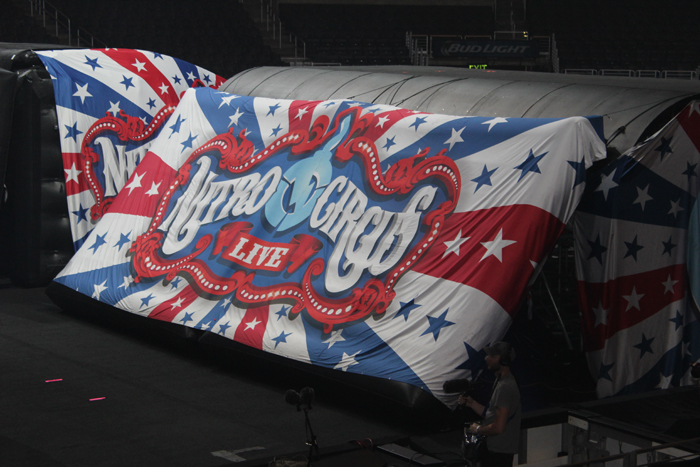 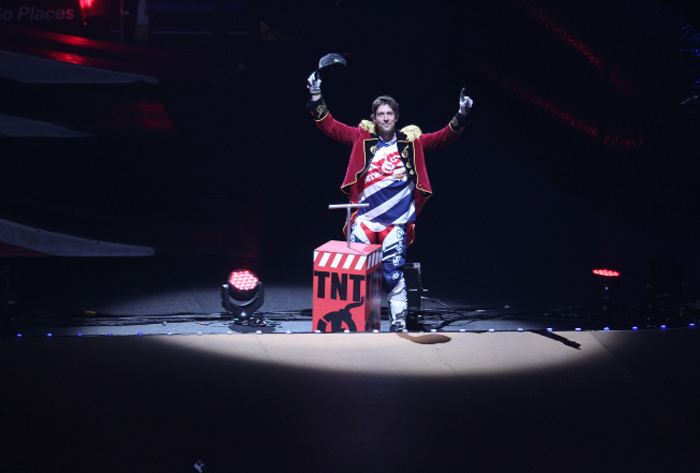 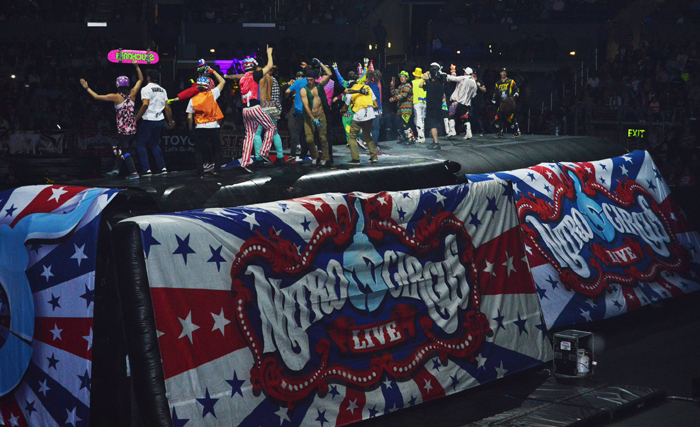 All Nitro Circus athletes getting ready for the show to begin 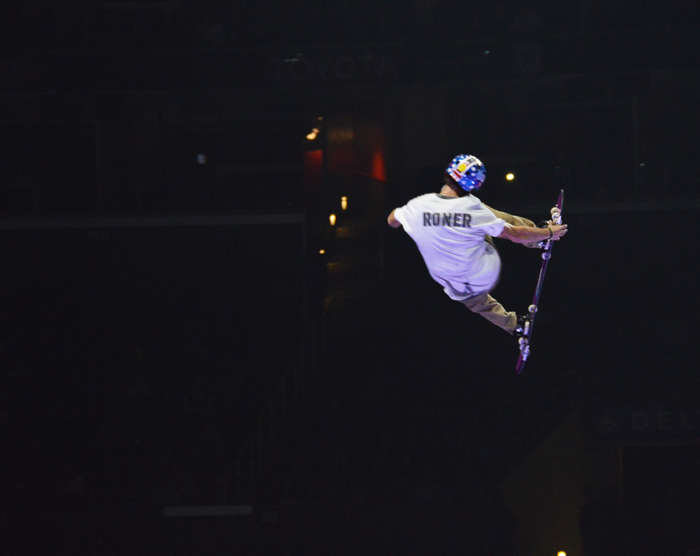 The show was dedicated to Nitro Circus family member, Erik Roner, who tragically lost his life in a sky diving accident in October 2015 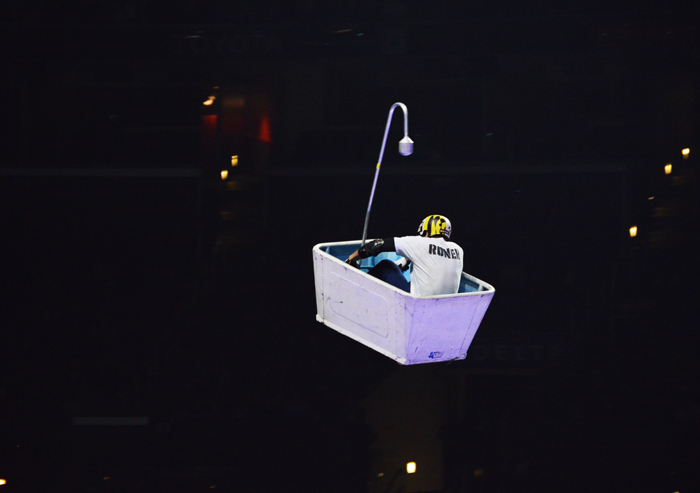 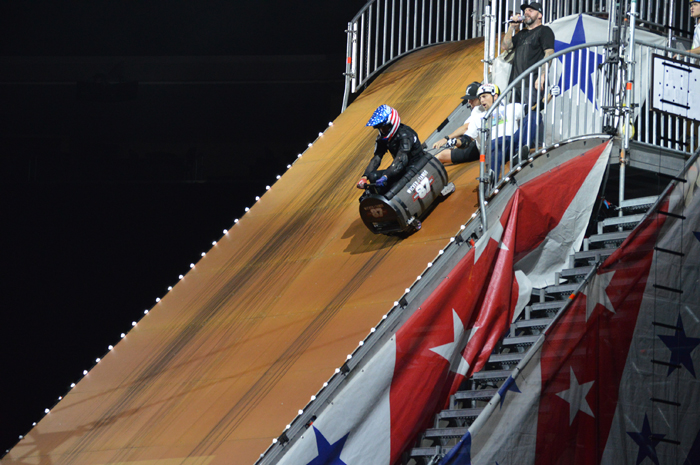 Nitro Circus is known for its contraptions, and this weekend's show was no different 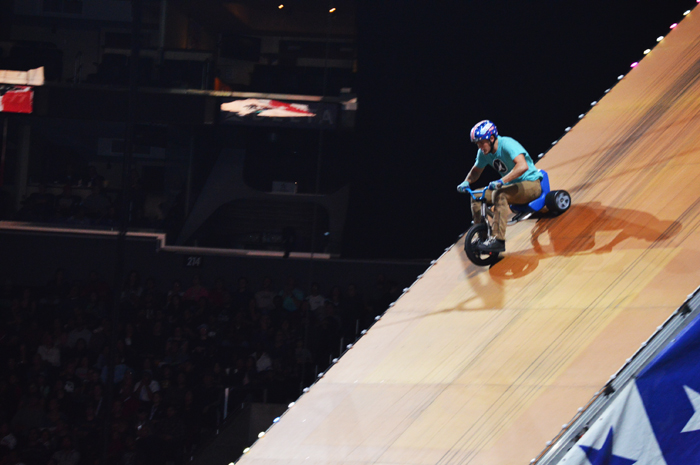 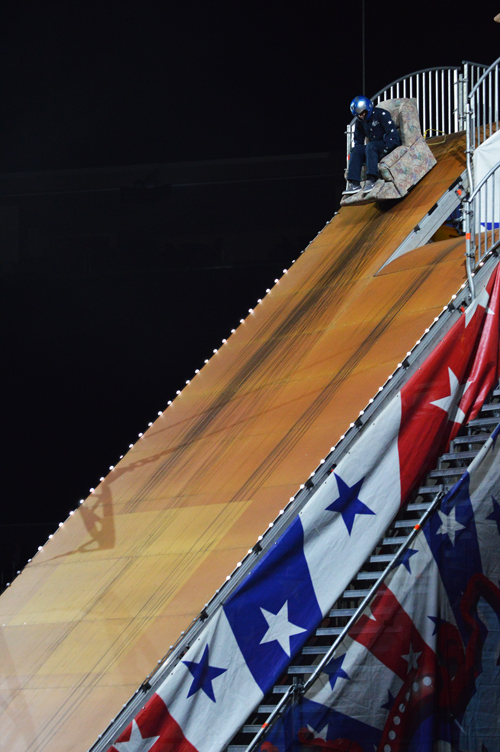 There were an abundance of abstract objects flying through the air 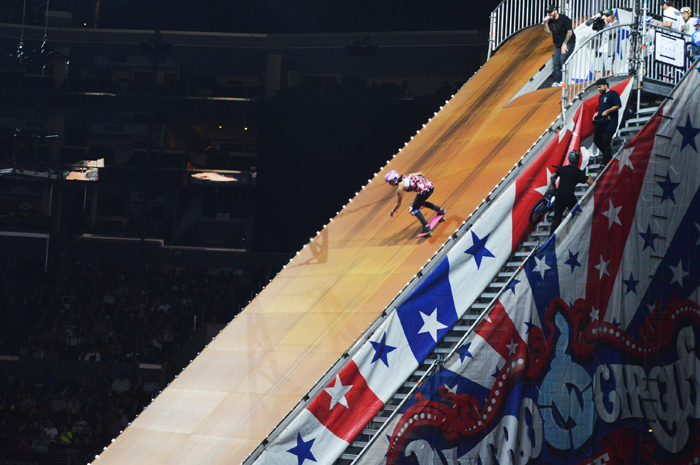 Representing the ladies, Lyn-Z Adams Hawkins Pastrana was ripping on the ramp 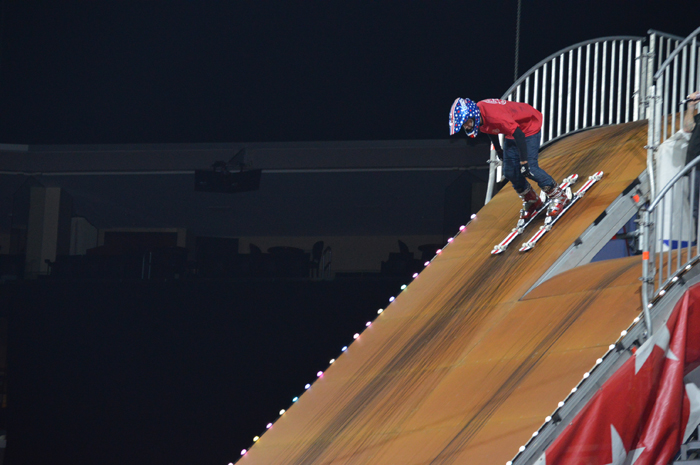 No snow? No problem. 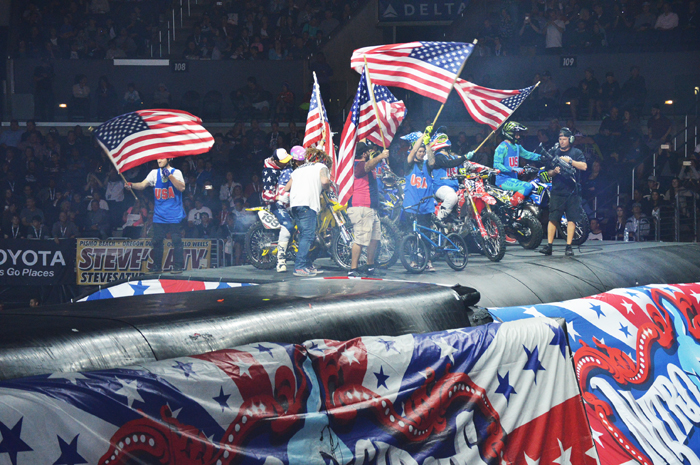 Team Rest of the World 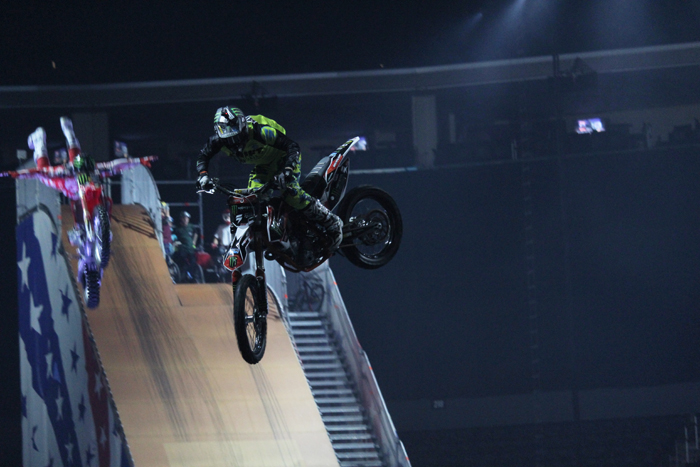 So many epic FMX tricks! 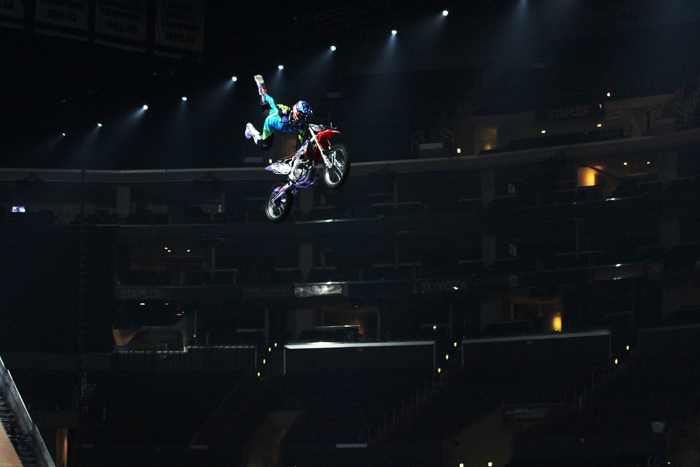 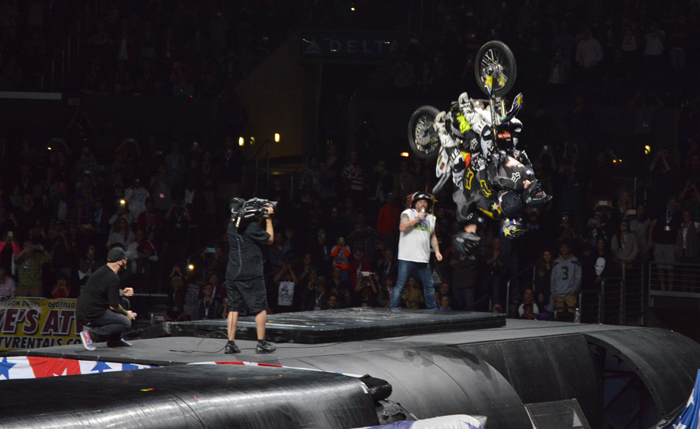 It wouldn't be Nitro Circus without audience participation - that's THREE fearless audience members backflipping with a professional (they landed it!) 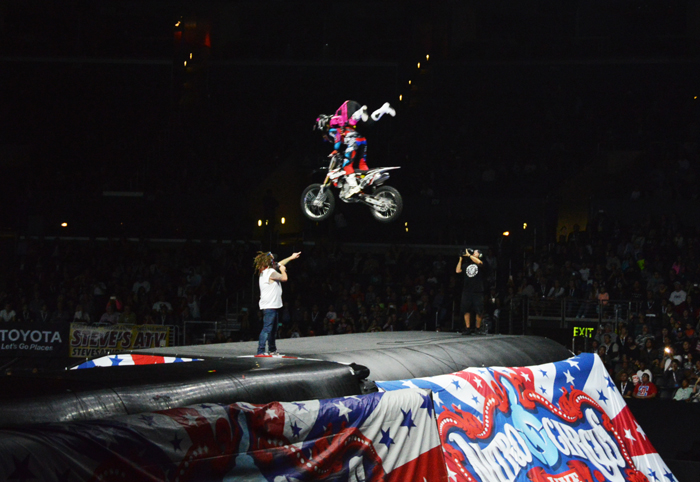 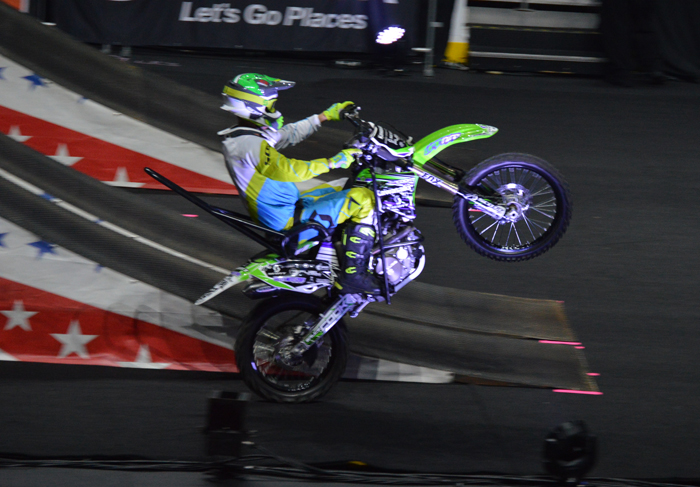 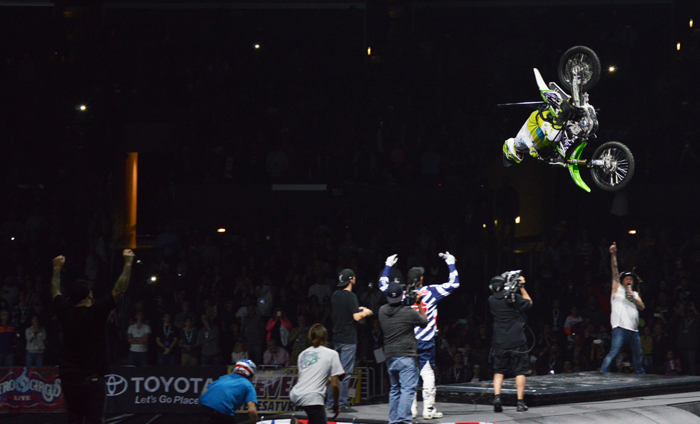 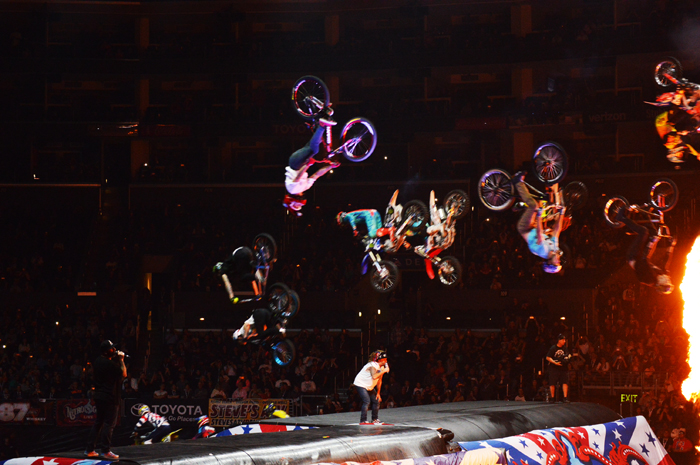