Tinajero, a spokesmodel originally from Texas, attended broadcasting school in Southern California and now calls Orange County her home. Tinajero has appeared on the cover of Maxim magazine and has been involved with Monster Energy Supercross as a Monster Energy Model during the last three seasons. She is an avid dirt bike rider and off road enthusiast. 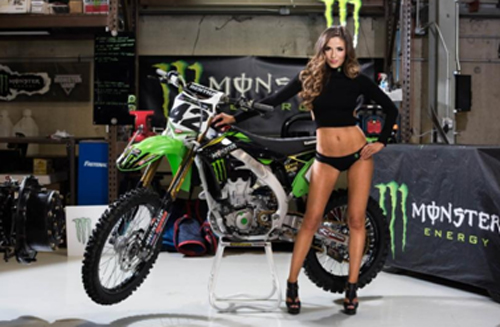 Tinajero will be a pit reporter on Race Day Live presented by AMSOIL for the following 2016 Monster Energy Supercross dates: