B$Z: Monster Energy Takes Over With Its Team of the World's Best Competing Athletes

Monster Energy, the official energy drink partner of X Games, is proud to announce its team of world-class athletes ready to compete this week at X Games Aspen 2016 at Buttermilk Mountain in Aspen, Colo. All the action gets underway January 28-31.

The snowsports world will soon gather in the heart of the Rocky Mountains as Winter X Games returns to the storied mountain destination for its 15th time, in 19 Winter X Games. Monster Energy’s unrivaled roster of snowboard, free ski, snowmobile and esports athletes are locked and loaded and ready to compete for fame, fortune and everlasting X Games glory. 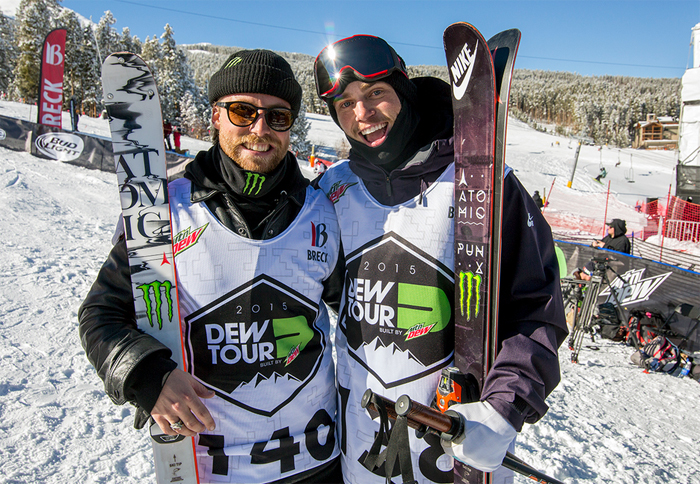 X Games is the height of winter competition, and as such, athlete invites are few and far between. This year the invitations were limited to even less athletes in an effort to keep the contest level elite. Key Monster Energy athletes to keep an eye on include:

On the Snowboard Superpipe side, Olympic gold medalist and last year’s X Games bronze medalist Iouri Podladtchikov looks to cash in again. Joining Podladtchikov is 17-year-old Japanese Ayumu Hirano, who is looking for his second career X Games medal and is coming in strong with some new tricks and his recent win at the Laax Open Superpipe. On the women’s side, reigning gold medalist Chloe Kim will be defending her title and going for her third straight X Games medal.

Snowmobile Snocross begins and ends with one name, Tucker Hibbert. The Minnesota-resident has dominated the past eight X Games events, making him synonymous with gold. This year X Games Aspen brings back the Snowmobile Freestyle event where Monster Energy’s trio of Joe Parsons, Heath Frisby and Cory Davis—all former X Games medalists—are jockeying for position on the podium.

Looking for redemption in Ski Big Air after an injury in slopestyle kept him out of the 2015 contest, Henrik Harlaut wants to regain his golden performance, but he’ll face a strong challenge from newcomer Luca Schuler and wily veteran Jossi Wells.

Speaking of Ståle and Sven, the duo medaled last season in Men’s Snowboard Slopestyle, silver and bronze respectively, and will look to hit the podium once again.

Innovator and Olympic gold medalist Sage Kotsenburg will once again be in the mix, keeping the contest’s style side in check.

When it’s time for the Women’s Snowboard Slopestyle contest, all eyes will be on 10-time X Games medalist and Olympic gold medalist Jamie Anderson as she looks to cement her place among the X Games greats after just winning the inaugural Laax Open Slopestyle event.

In Men’s Snowboarder X, Nate Holland is the dominant force. One of the winningest riders in Snowboarder X history, Holland has a total of seven X Games golds and a bronze from last year’s event.

When it’s the women’s freeskiers turn on the slopestyle course, last season’s gold medalist Emma Dåhlstrom hopes for a return to the podium, and former medalist Maggie Voisin wants to impress after taking a year hiatus from X due to injury.

Olympic silver medalist and dual-discipline threat Gus Kenworthy seeks his first X Games Aspen medal in Men’s Freeski Superpipe. Coming off of another win at the Winter Dew Tour, Kenworthy leads a stacked field that includes former slopestyle medalists Henrik Harlaut, Jossi Wells and James Woods. And not to be counted out is Canadian Evan McEachran.

For more visit http://www.monsterenergy.com and Monster Energy Facebook next week to score all the exclusive updates from X Games Aspen 2016 including photos, videos, and contest results as they happen. Follow us on Instagram and Twitter and search #UnleashedAtX for exclusive behind-the-scenes looks in Aspen.