WETSOX, the company dedicated to making it easier to get in and out of your cold-water gear, announced today that all of the designs in their Originals collection are now made from 100% recycled material.

In the past, surfers used plastic bags over their hands and feet as a way to slip in and out of their wetsuits. Often, those plastic bags would end up on the beach or in the ocean. WETSOX is proud that their product will now be made from those very same plastic bags, keeping them from becoming liter as well as out of the landfills. 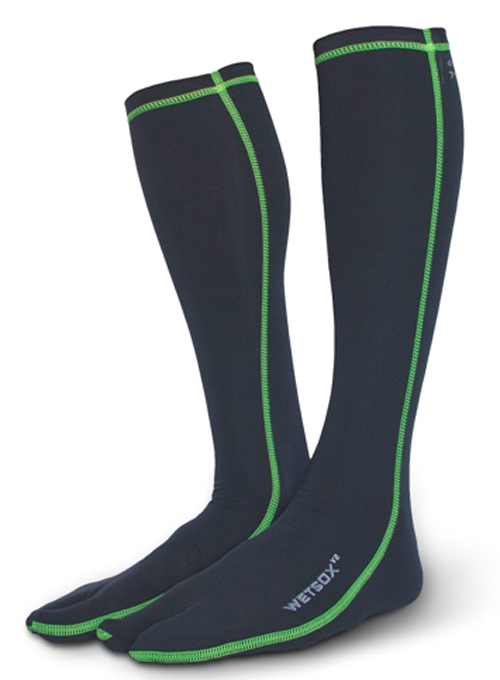 “We’re an outdoors company at heart,” says Bryan Marville, the founder of WETSOX. “So one of our dedications is to the environment. We have to do our part to protect it if we want to continue to explore it, which is why we worked hard to make WETSOX Originals from 100% recycled materials.”

WETSOX worked tirelessly to ensure that the product didn’t suffer quality issues due to the change in materials. Unable to source the material they wanted, WETSOX had to invent them. They hired manufactures to knit the fabric and then they tested them for durability. Marville notes that they perform just as well as the current nylon, Lycra, Spandex blend.

The New York-based cold-water surf company dedicated to making surfing easier and more enjoyable surpassed their goal on Kickstarter in 2015. The form fitting, quick-dry socks are available in two styles—round toe and split toe—in four sizes and are the only product on the market designed to be worn in the water while assisting the process of getting in and out of gear.