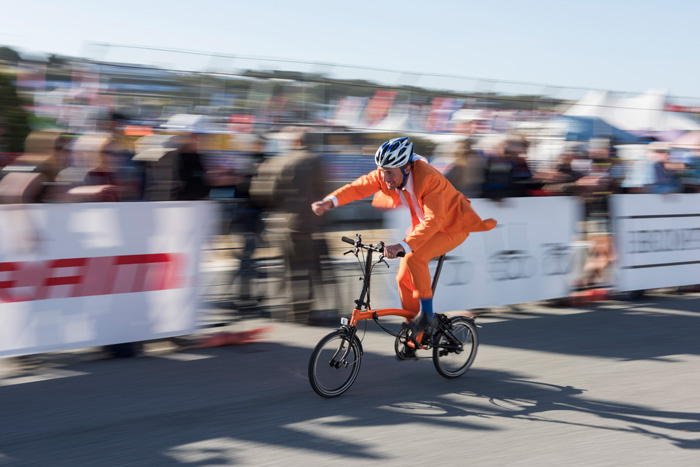 A very dapper competitor feels the thrill (many more photos below)

This past weekend, the famous Mazda Raceway Laguna Seca swapped leathers and superbikes for suit jackets and folding bikes as it played host to the Brompton World Championship. Brompton owners from all corners of the country came together in Monterey to compete in the United States leg of the event during the Sea Otter Classic, powered by SRAM.

Now in its eleventh year, the Brompton World Championship was celebrated in style with competitors decked out in sports coats, ties and button-downs. This was no formal affair though, as the contest requires competitors to first run to unfold their Bromptons before racing wheel-to-wheel to the finish line.

The Mazda Raceway may have been missing the familiar roar of engines, but the race day fever it is accustomed to was every bit matched by the competitiveness and intensity of the Brompton cyclists.

“We are always excited to bring the Brompton World Championship to new locations and meet new fans, and it is great to be part of one of the biggest cycling events in the US with the Sea Otter Classic,” said Katharine Horsman, Brompton, general manager, North America. “The Mazda Laguna Seca is a raceway that is known for speed, and our contestants did not disappoint in that regard.”

Other prizes went to Chuck Ankeny from Freedom Folding Bikes for top men’s veteran rider and Charmaine Ruppolt for top women’s veteran who both received Green Oil, and the best team prize went to #BromptonNYC with each member receiving a Brooks Barbican Messenger Bag. Second team was the Brompton Mafia who got a Brooks saddle and leather grips, and third placed team was Bay Area Bikes who received Brooks trouser tie and bar tape. Perhaps the most eagerly anticipated award was best-dressed sponsored by Chapman which went to Brian Derro for the men and Mirna Cannon for the women, both receiving a special edition Chapman bag.

“It’s always incredible to see so many Brompton owners fly in from all around the country and come together for a weekend of good-hearted competition,” said Horsman. “And the Sea Otter Classic was the perfect setting for a fiercely fought race with a thrilling atmosphere.” 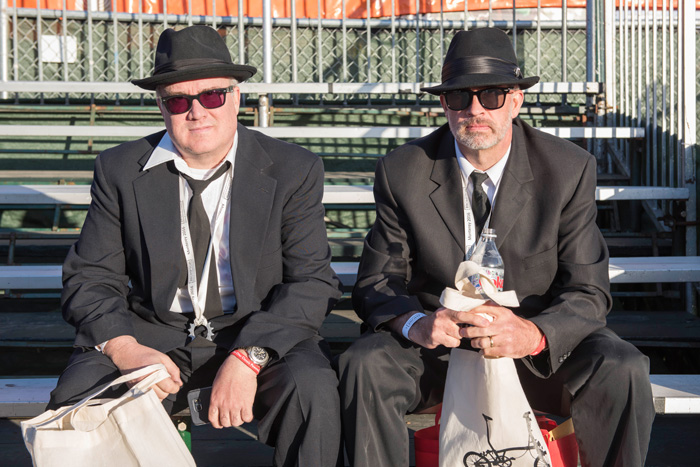 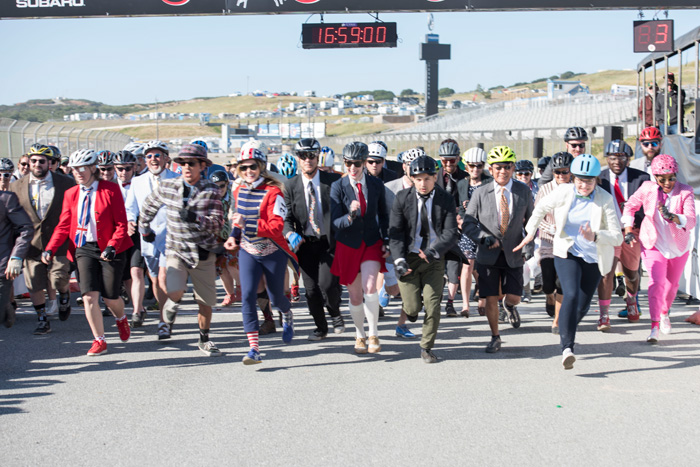 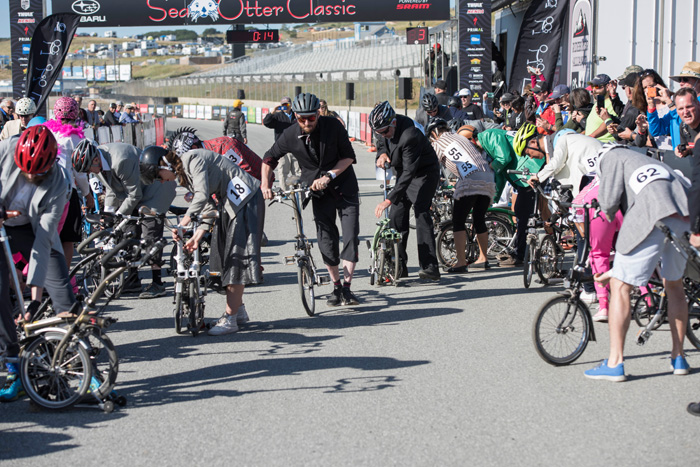 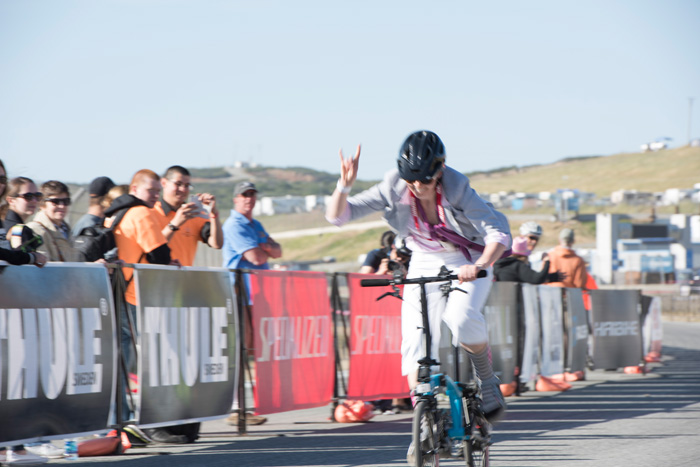 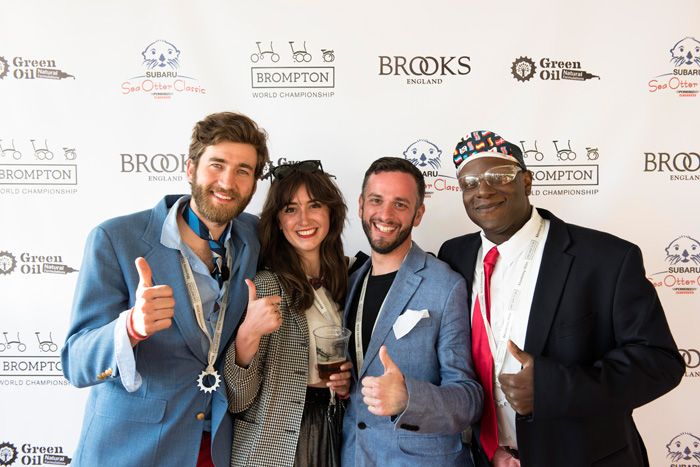 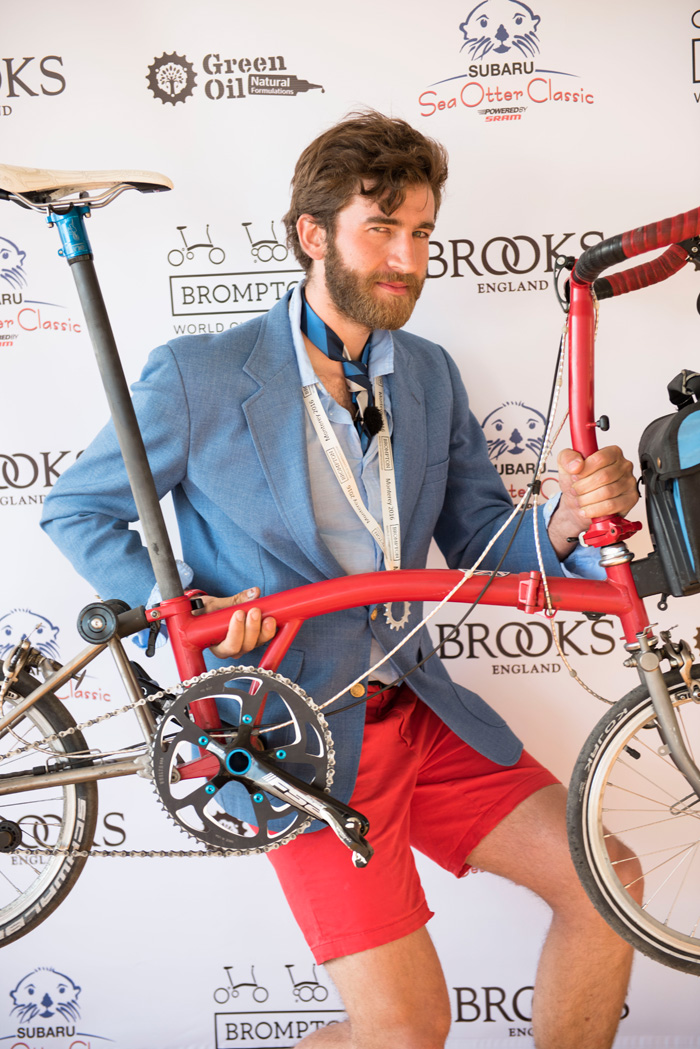 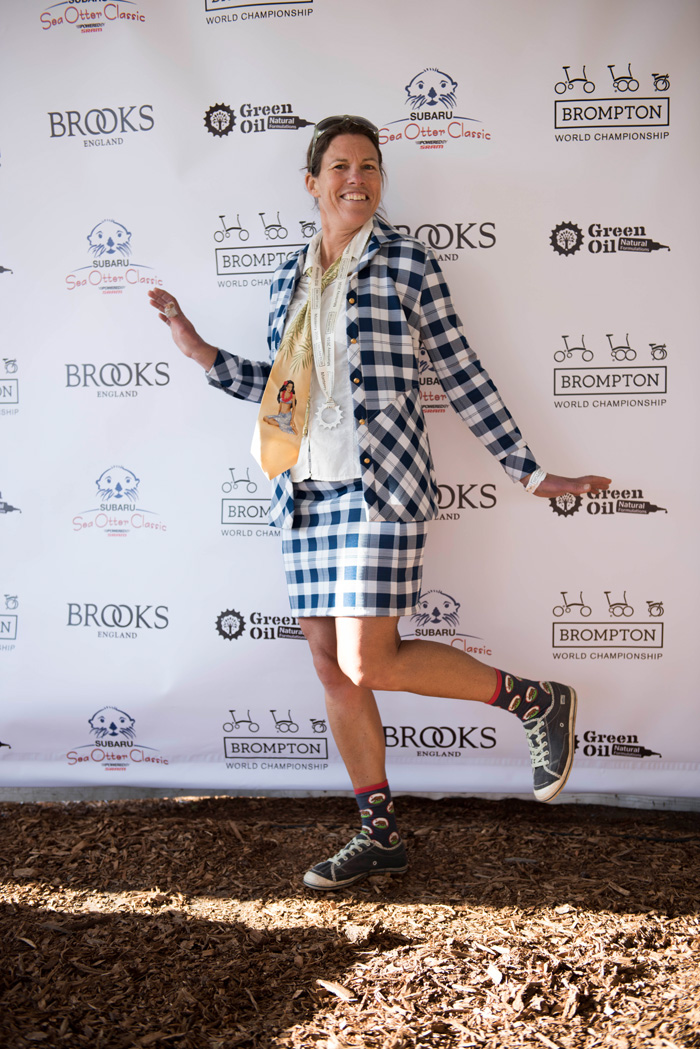 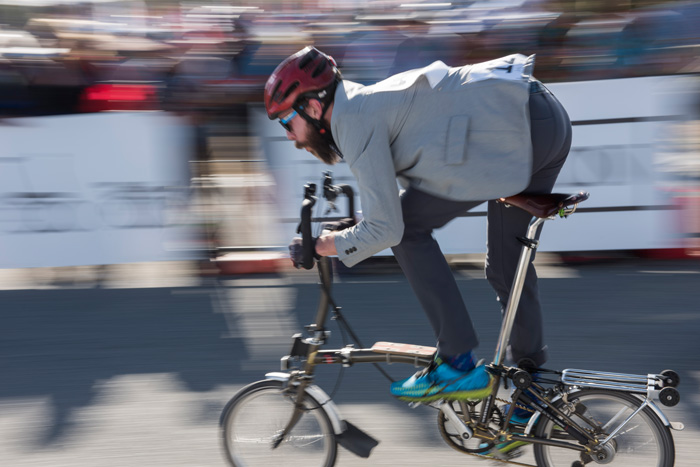