Pro Skateboarder, Cindy Whitehead, To Be Inducted Into Skateboard Hall of Fame; Releases New Board

It’s NOT About Pretty:  Pro Skateboarder & Founder of Girl is NOT a 4 Letter Word, Cindy Whitehead, Releases a Skateboard with an Empowering Message

Girl is NOT a 4 Letter Word (GN4LW) teamed up with Dusters California to create a cruiser skateboard that projects the female empowerment skateboarding brings to girls and women, alike. The “It’s Not About Pretty” skateboard reminds us that girls are not just a pretty face and should strive for so much more in today’s world.

“Women are capable, they’re interesting, and they’re worthy,” said Cindy Whitehead, pro skateboarder and founder of Girl is NOT a 4 Letter Word. “When girls flip through magazines, or turn on the TV, I don’t want them to see just pretty girls; I want them to see smart, talented, ambitious girls who are doing things they love and kicking the ass out of social norms.”

Cindy has led the fight for women’s equality in skateboarding ever since she conquered the male-dominated profession of pro-vert skateboarding in the 70’s. To this day, she is still the only female to be featured in the centerfold of a skateboarding magazine with a two-page article, she skateboarded down the closed 405 freeway in Los Angeles during Carmageddon, her skateboard history has been taken into the Smithsonian’s National Museum of American Sports History collections, and her TEDx talk has empowered girls everywhere. Cindy is being inducted into the Skateboarding Hall of Fame on May 13, 2016.

The GN4LW “It’s Not About Pretty” cruiser skateboard is designed, ironically, with a bubblegum-pink base, and custom cheetah-print grip tape. It includes metallic gold Slant 5.0 trucks and metallic gold swirl 62mm x 51mm 83A wheels. The 8.75 x 29” board features a 15” wheelbase, with 1/8” riser pads, and metallic gold print and rails.

This is one in a long line of Dusters and GN4LW collaborations where a portion of the sales benefit a 501c3 non-profit that creates exposure and opportunities for girls in skateboarding. This year’s recipient is Exposure Skate.

The Dusters California x GN4LW “It’s Not About Pretty” skateboard is now available at surf and skate stores across the country and abroad. 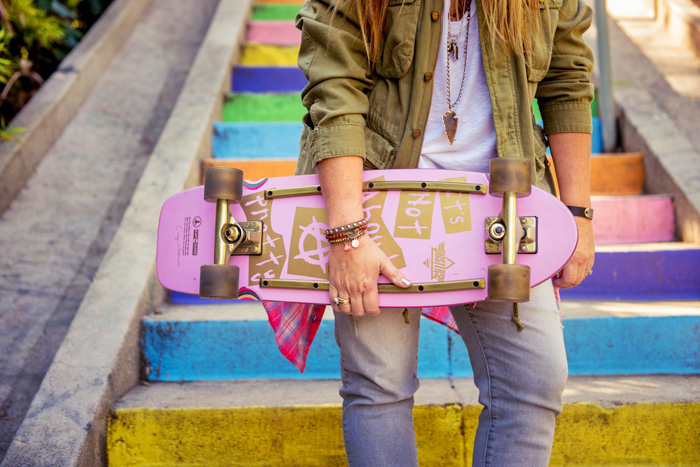 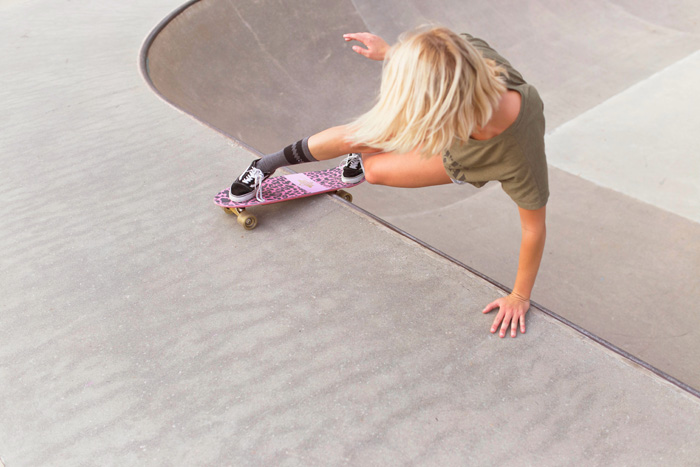 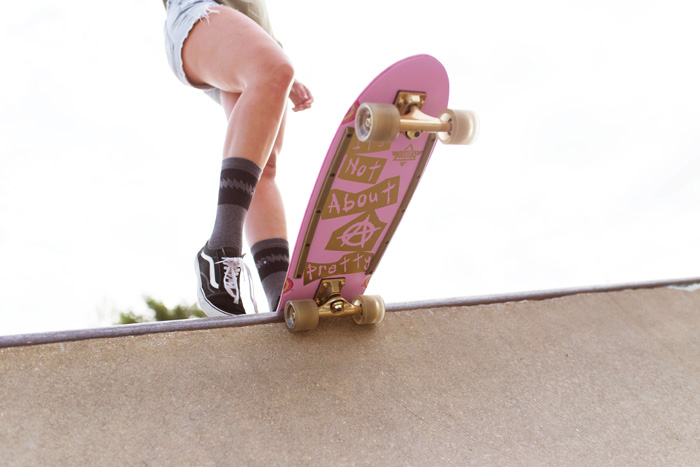 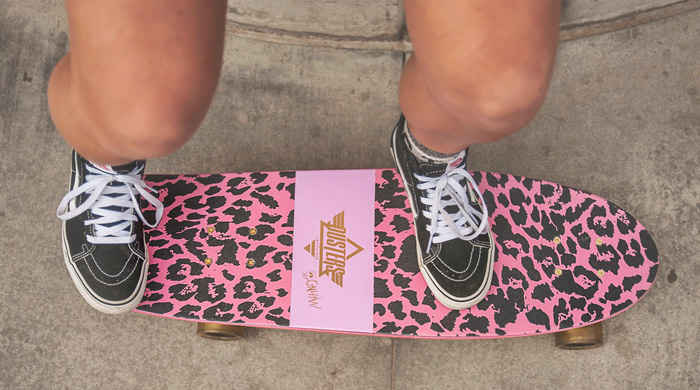 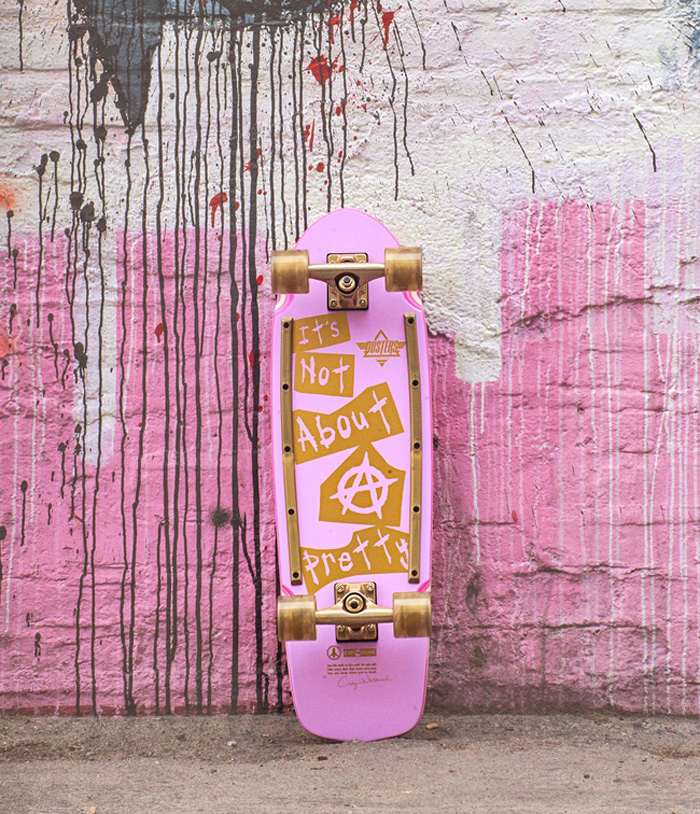