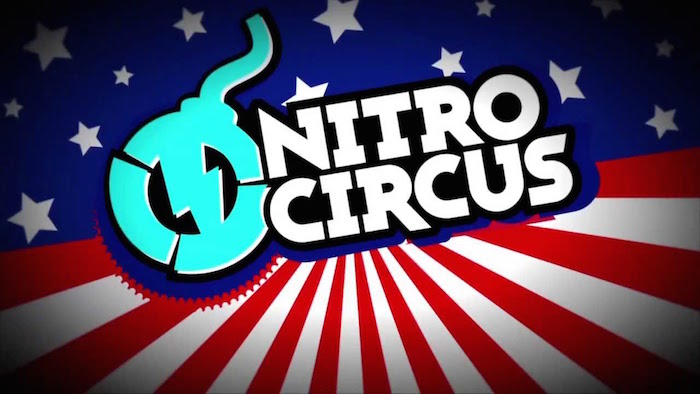 Nitro Circus, the world’s leading action sports entertainment brand, has appointed Branding Streams as its licensing agency of record for Canada. Branding Streams will represent Nitro Circus in country and develop a full range of consumer products for the market. Canada has become a key territory for Nitro Circus: the company’s spectacular touring event, Nitro Circus Live, will wrap up its current North American trek with six Canadian shows in September and October.

“We are very excited to work with Branding Streams as we launch our Canadian campaign,” said Peter Maule, Nitro Circus’ Global Head of Licensing. “We have connected with Canadian fans in a big way over the past year, and after packing venues in Toronto, Montreal, Vancouver, Edmonton and other cities across the country we look forward to taking things to the next level.”

“Driving Nitro Circus as a brand, and fostering licensee and retailer relationships, is very exciting for Branding Streams! Live action sports, as a consumer category, is growing and we are thrilled to encourage those 'young at heart' to be active and passionate about reaching their goals!” said Karen Gagnon, President, Branding Streams.

Nitro Circus entered the licensing arena full-force in 2015 and will continue to roll out an expansive global collection in the coming months across both soft-lines and hard-goods featuring exciting sporting goods, toys, video games and more.

Named #22 on Forbes magazine’s 2015 list of, “America’s Most Promising Companies,” Nitro Circus creates spectacular live events and unbelievable original content for thrill seeking fans worldwide. With over two million tickets sold to date, television programming that has aired in over 60 countries and an aggressive slate of digital media offerings garnering 100 million views per month, Nitro Circus is at the forefront of action sports and entertainment.

Named #22 on Forbes magazine’s 2015 list of, “America’s Most Promising Companies,” Nitro Circus continues to position itself as the world’s leading youth action sports & entertainment brand. From humble beginnings in 2003 – with Jeremy Rawle, Gregg Godfrey and soon to be action sports superstar Travis Pastrana producing DVDs from a Utah garage -- to a smash TV series which has aired in over 60 countries, Nitro Circus has exploded to global popularity. In 2012, Nitro Circus: The Movie, featuring cast members from the hit television series, was released in cinemas worldwide. In 2015, Nitro Circus announced a partnership with NBC Sports Ventures.  The multi-year strategic alliance will feature TV specials, such as the recent Nitro World Games, and series programming airing nationally in the U.S. on NBC and NBCSN as well as streamed on NBC Sports Live Extra.

The TV show was transformed by action sports industry guru, now current CEO, Michael Porra into a must-see live event in 2010, creating the global touring phenomenon that is Nitro Circus Live. Since its inaugural Australian trek six years ago, the show has travelled the globe, obliterating box office records and cultivating a legion of diehard fans. Nitro Circus has now rolled across five continents, blown away over two million fans and sold out shows in the United States, Canada, Europe, Australia, China, Japan, the Middle East and South Africa. After close to 100 shows globally in 2015 and with a packed 2016 touring schedule, Nitro Circus is undoubtedly the world’s most successful action sports touring brand.