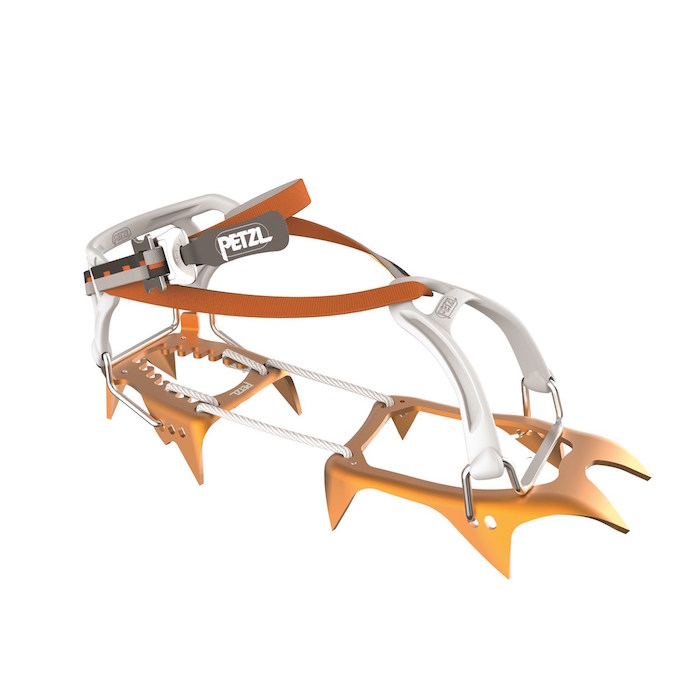 “The Petzl Leopard FL crampons initially wowed us with their ridiculous light weight, but when they held up to four days of glacier travel on the Spearhead Traverse, we were sold,” said Scott Yorko, gear and associate editor of the Backpacker Gear Guide. “Our packs weighed between 40 and 60 pounds, so every ounce really counted.”

The ultra-light Leopard FL crampons weigh in at 360 grams per pair and are made entirely of aluminum. The fast-and-light construction is optimized for snow travel. The CORD-TEC flexible linking system allows you to fold the crampon in half and offers incredibility durability and flexibility.

“Petzl’s R&D team is constantly working to bring the latest technologies and materials into our line. The LEOPARD is a great example of how much development is still possible using new designs and new materials,” said David Hugar, marketing director for Petzl. “We're honored that Backpacker awarded the LEOPARD FL an Editor's Choice.”

The Leopard FL’s versatile and tool-free binding system is compatible with snowboard boots and hiking and approach shoes without heel or toe welts. The front section may be exchanged for a steel piece for climbing over rocks in addition to snow and ice. The Leopard FL crampons cost $169.95 and are available now at retail.

Since their inception, the Backpacker Editors’ Choice Awards have come to be regarded as one of the most sought-after awards for outdoor equipment and apparel found in the industry. All winners must excel under extensive field-testing conducted by Backpacker’s editorial team, who take hundreds of products into the backcountry to put them to the test. This rigorous process ensures that the performance of the winners is truly worthy of distinction and meets the guiding principle behind the program: gear that is of real value to the readers of Backpacker magazine, who are active, long-term outdoor enthusiasts.

For over 40 years, Petzl has developed innovative tools and techniques used by those who work and play in the vertical world. Today, the Petzl brand is closely associated with adventure, exploration, rescue, and many notable exploits in the worlds of rock climbing, caving, and alpinism. In the professional market, Petzl is a world leader in work at height, fire and rescue, and tactical equipment and techniques. A family-owned business, Petzl is committed not only to quality and innovation, but also to giving back to the communities that have made us so successful. For more information, visit www.petzl.com.

Backpacker brings the outdoors straight to the reader's doorstep, inspiring and enabling them to go more places and enjoy nature more often. The authority on active adventure, Backpacker is the only outdoor media whose editors personally test the hiking trails, camping gear, and survival tips they publish.