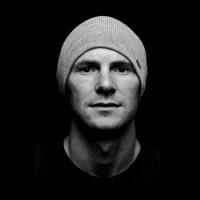 For the past 15 years, cinematographer and filmmaker John Roderick has cut his teeth in the world of adventure, action sports, culture and music, crafting eye opening imagery from some of todays most respected athletes, musicians and changemakers. Much of John’s commercial, reality and documentary film work focus on highlighting people, the planet and brands that are serving the greater good.

John’s cinematography is highly motivated by shaping light, shadow and action that allow both the subject and story to feel their most authentic. His approach often blends dynamic scene coverage, high-speed camera work, and specialty lens choices that add another layer of visual impact. John’s work experience is widely diverse, ranging from large commercials requiring over 50,000 watts, to scene work for reality television series, highly coordinated action sports stunts, to documentary stories in some of world’s most remote and rugged locations.

Born in the small mill town of Rumford, Maine, John moved west to Vail, Colorado in 1997 to pursue his passion for winter sports and travel. He quickly became inspired to document the journey and friends that the adventure sports community fostered. Today John leads a boutique film production company based in Denver, Colorado where he delivers on a wide range of branded content, commercials, music videos and documentary films.