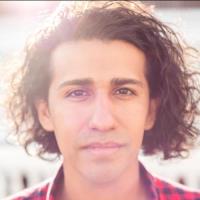 Matt Esparza is a Dallas based visual artist, photographer, video producer and designer. As a graduate of Oral Roberts University (ORU), in Tulsa, Oklahoma, Matt obtained a degree in Art Graphic Design, with a concentration in Video. He was also a key player on the ORU Men’s Soccer team, and went on to train with professional clubs in Brazil.

As a gifted artist, Matt has displayed and sold works across the United States, including Dallas, Fort Worth, Tulsa, New York and Los Angeles. After living in L.A. for a year, and apprenticing under a highly respected artist Matt relocated to Dallas in 2012 to establish his studio.