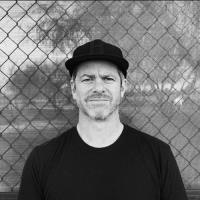 “Consider everything an experiment.” ?- Corita Kent?

This collaborative and multidisciplinary approach extended into his work at Herschel Supply Company, conceptualizing and designing new products from beginning to end—backpacks, accessories, apparel, travel and headwear. One of his main focuses was managing the headwear category, one of Herschel's largest. He also managed Herschel’s sports licensing projects, working closely with the NBA, MLB, NHL and other world class teams such as Paris Saint Germain football club. Stand out projects would include special collaborations with the NBA's City Edition program, Miami Heat Court Culture collection, Houston Astros, New York Yankees, PSG and the Utah Jazz. This collaborative, team-based work culminated in his team being awarded the Best New Brand of the Year in the NBA in 2019, as well as the Best New Brand of the Year for MLB in 2019.

In addition Reid has worked on other major projects such as Gore-tex, Coca Cola, Independent Truck Company, Santa Cruz and Hoffman California Fabrics. He has also had the honor of working with such great artists past and present; Keith Haring, Jean-Michel Basquiat, Kevin Butler and Evan Hecox.