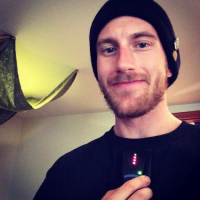 I pride myself on my leadership, customer service, and ability to work in teams. Have always been interested in motocross, snowboarding, skateboarding, snowmobiling, and the outdoors since I can recall. I have actively participated in all of my interest since I was a child. Pursued a career in music that made me a self motivated and confident individual while working in sales.

Ive been working in Sales since 2005. Started at Mall Boutiques and began working for Macy's in 2007 as a Visual Merchandiser. Began College in 2009, Interned for Dinosaurs Will Die Snowboards for 3 years while attending Colorado Mountain College Studying Business Administration and Ski/Snowboard Guiding. Worked as a Snowboard Instructor for Steamboat resorts 2010 to 2012 specializing in Park/Freestyle. Spent Summers working as a Wakeboard and Wakeskate coach, along with working in the pro-shop as sales associate at Wake Nation Cable Park in Cincinnati Ohio from 2009-2011. Since 2012 been working for Urbane a skate & streetwear shop in Steamboat Springs. In 2014 was promoted to Store Manager. I help start a company called CSR, Colorado Sled Rentals, in 2016. CSR rents and guides Snowmobiles for Backcountry Snowmobiling, Skiing, and Snowboarding. Also in 2016 I help revive our local motocross track and have been helping on the business side of running the track.

In many of my jobs I have taken on the role of putting on events. I have putt on many contest, video premiers, and fundraising events. For five years I put on Open The Boat which was the opening day party for Steamboat Resort. I put on over twenty snowboard, skiing, and skateboard video premieres, including a weekly video premier series running for 2 months before the winter of 2017. I have raised money for many local and national charities by putting on poker runs, raffles, silent auctions, and ride with the pros days.