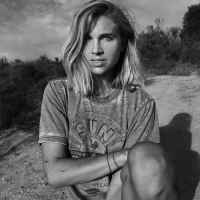 Heather is a Southern California-based lifestyle photographer with a degree in graphic design.

Heather began her career in native New Hampshire in 2012, where she became Junior Graphic Designer and Photographer for Greater Boston-based creative agency, Vital Design. A year later, she decided to pursue a freelance photography career, and moved on to start her own business in Florida at 24, where she began shooting weddings and portraits full time.

After two years in Florida, Heather began to find herself more drawn to commercial photography and life on the West Coast, so in 2015 she relocated to the Southern California to further pursue her photography career.

Out in California, Heather set out to rebuild her career from the ground up, connecting with several LA-based modeling agencies, and building books for newly signed models, as well as utilizing her new contacts to negotiate deals with small brands, including those in swimwear, menswear, moto and fitness industries.

Currently, Heather continues to freelance for small brands to strengthen their social media visibility, and is currently contracted as in-house photographer at Ju-Ju-Be International, as well as photographer and videographer for Jennifer Swarbrick, fitness influencer and owner of the Pilates Room studios in LA. She is always looking for further opportunities to progress in her career.

Outside of photography, Heather's interests include all things on two wheels, playing music, traveling, and exploring the side of the country she feels so fortunate to have planted her life on.