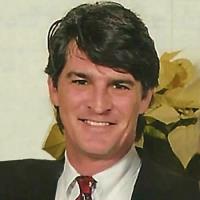 I have a great deal of knowledge and experience in the Garment Industry.
Not only was I a traveling apparel salesman, but I also grew up in the garment business. My father worked for several large clothing manufacturers, and in the 1970s he started his own clothing assembly business. I worked there during my entire childhood through college. I learned and experienced every aspect of the garment business from start to finish including but not limited to; Cloth Cutting, Sewing, Assembly, Production, Inspection, Ironing, Folding, Packaging and Shipping. I also had roles in the local Screen-Printing business including Sales, Production/Printing, Staff Artist & Darkroom Technician.

After graduating college with a business degree, I secured a territory sales position with a sportswear manufacturer in South Florida and worked various multi-state regions. Initially I was in the Midwest, and then was promoted to the Texas-Oklahoma territory, which included a Showroom at the Dallas Apparel Mart. I managed accounts and opened new accounts with specialty shops and small chains & franchises.

I am a professional and successful sales and account manager. I also have experience in managing sales teams and businesses. I am professional, polished, experienced, hard-working, personable, creative, technically savvy and ambitious.

Additionally, your theme mentions that candidates should have a watersport and athletic background and lifestyle. I currently have 4x surfboards and several skateboards, and was the Surf Club President in high school, and competed in Florida while in college. I actually surfed in a contest against Kelly Slater in the 80s…but that did not go so well for me. Also, while I was in college, I was a circus performer at FSU University, and later went professional as a Flying Trapeze Artist and traveled through the United States.