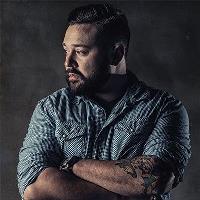 A highly creative and experienced Fashion Designer/ Graphic Designer, extensively trained in vector creation, typography and layout. Looking to lend my professionalism, expertise, and enthusiasm to you and your company. Self motivated and excels in a fast paced and deadline oriented environment.

Having most recently worked as a high-level headwear designer for fashion and icon giant New Era Cap Co., Dan is no stranger to hard work, pressing deadlines and highly creative solutions. Cutting his teeth in the custom screen printing and embroidery world fresh out of college, he quickly found himself in the role of design director, where he led the design charge for both the company's personal branded clothing line as well as a variety of client-based apparel work.

After reaching the height of his potential for professional growth at the smaller Elma, N.Y. based company, Dan was asked to join the Las Vegas based marketing team of Dollar Loan Company mogul Chuck Brennan to help with the branding and launch of famed Badlands Pawn Shop of South Dakota in 2014. During his time in Vegas, Dan would work with legendary musical acts including but not limited to KISS, Rival Sons, Offspring, Rick Springfield and Joan Jett, building promotional materials, concert venue signage and everything that goes along with marketing a music venue in what was called “The Disneyland of the Midwest.”

A family commitment brought Dan back to Buffalo, N.Y. in under a year during that time. However, the experience, situational expertise and leadership knowledge gained in that time was unparalleled. Not long after returning, he was hired on at HQ of the world-famous New Era Cap Co. as a member of the headwear design team.

For the last four years, he has dedicated a large portion of his life to becoming an elite fashion headwear designer in the sports world, creating caps and other promotional and wearable items across all of the major leagues and for all kinds of clients and stars. In under a year he became the lead designer in charge of managing the design direction for Major League Soccer (MLS) as the official cap provider of the league. He has had the privilege of working with some of the world’s biggest athletes and names in the business including: Christian Yelich, Javier Baez, Inter Miami CF and David Beckham, Ralph Lauren and the New York Yankees, and many more.