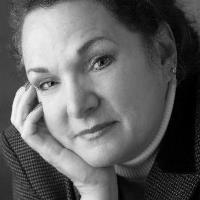 June Gower is a retired Major from the Armed Services working for the Nurse Corps. June started her military career directly out of high school as a field medic for the US Army. She was awarded several medals during her military service, which distinguished her for exemplary service (Meritorious metal). She was deployed to serve with her Combat Hospital during Desert Storm/Desert Shield, leaving a small child behind with family.

June is one of those who came from a poor farm family and worked her way up through a career of opportunities. June has a love of gardens, animals, all things scientific. She believes healing the sick is a calling; that drives her. Towards excellence. June is a lifelong student attending Arizona State University for a BS in Nursing, then returned to California State University for an advanced nursing degree. She has attended several Military Officer Academy for advanced Leadership and finally completed a Ph.D. with Walden University. When I interviewed June about her education, she stated, “Learn from yesterday, live for today, hope for tomorrow. The important thing is not to stop questioning.” Albert Einstein.

Dr. Gower has been recognized as a transformational leader in various roles such as Executive Director, VP Operations, Chief Nurse, Faculty, and many others. She has a knack for developing service expansion, financial stability, and taking a company from good to great through the leadership of passionate people. She admits her love of healthcare started in the US Army as a field medic, though, and the passion for caring for injured, sick or dying is her driving force. June has taken challenging jobs working for the Surgeon General Office or Internationally overseas while working for some small and large organizations alike. All to improve the health care delivery for the people being served.

The small-town Farmgirl loves outdoor activities, music, art and is an avid reader. She has traveled the globe for work and recreation and loves meeting new people, trying fresh food, and enjoying the local culture.