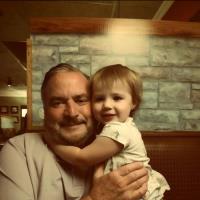 Lin Honeycutt, 65, has been the owner and manager of Honeycutt Transmission and The Holiday Light Store for most of the last two decades. He is a good husband and father. Because, in fact, he has had an entrepreneurial drive since the day he left college and started his first business. People in the United States, Canada, and Europe know about the Raleigh-based Holiday Light Store for its holiday decorations. It's also a big success in Raleigh.

Mr. Honeycutt won $10,000 because he was one of the best technicians in the country. At the same time, he was getting an Associate's Degree in Auto Technicians at the same time. His state-of-the-art plant, which is run by Honeycutt Transmission, has won him the most praise in Raleigh and the surrounding area.

The Southern Baptist missionary is In his work as a missionary, Mr. Honeycutt has been to more than 20 states and many other countries in the United States and all over the world. As a member of the North Carolina Baptist Men's Association for more than three decades, he has had many chances to serve in church leadership roles. Over 20 churches have heard him speak the word of God, and he has built churches and homes in four different countries. A press release from Southern Baptist Disaster Relief says that the Sandy Creek Baptist Association has hired Mr. Honeycutt to be its Regional Recovery Coordinator in the area where Sandy Creek Baptist Church was damaged.

During Hurricane Katrina and tornadoes in Wake County, North Carolina, in April 2011, the North Carolina Baptist Men asked him to help with disaster relief work.

After work, he likes to spend time with his wife, their two daughters, and their three grandchildren, among other things. Lin Honeycutt likes to collect cars, ski, and grow hay, to name a few of her favorite things. This is what the AP says about Mr. Honeycutt's Christmas lights on his farm in Raleigh, North Carolina: over a million. Open to everyone: Raleigh residents of all ages are welcome to come to the event. It is free for everyone to come and play.